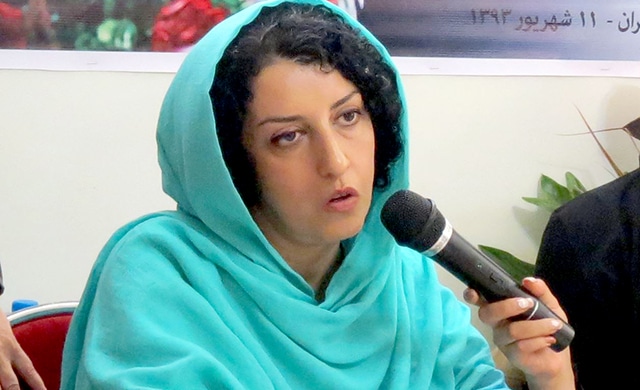 Amnesty International has issued a scathing report on Iran’s human rights abuses, denouncing a “vicious crackdown” despite the claimed efforts of the Rouhani Government to open up the Islamic Republic’s political and social spheres.

Amnesty summarized in the 94-page report that the hardline Iranian judiciary has “lowered the threshold” for lengthy prison sentences on “national security” charges, with closed hearings and little or no public evidence. It notes that the bases for the prosecution have included contact with the European Union, the UN, media outlets, international trade union associations, and human rights groups. Activists are then labelled “foreign agents” and “traitors” by Iranian State and semi-official media.

The report details 45 cases, including those of anti-death penalty campaigners, women’s rights activists, trade unionists, minority rights activists, and human rights lawyers. Defendants have been given sentences of up to 14 years after hearings of only 45 minutes. Attorneys have been restricted from visiting defendants or communicating with them in private, and access to court files has been delayed. They have even joined their clients behind bars — Abdolfattah Soltani has been serving a 13-year sentence since 2011 for his work, including with the Centre for Human Rights Defenders.

Critically-ill human rights activist Arash Sadeghi is serving a total of 19 years in prison for “crimes” that include communication with Amnesty and the dispatch of information to the UN Special Rapporteur on human rights in Iran and to members of the European Parliament. Despite Sadeghi’s critical condition, the authorities have repeatedly blocked his transfer to a hospital outside prison, in reprisal for a hunger strike he staged last year in protest at the imprisonment of his wife, Golrokh Ebrahimi Iraee, for writing a fictional story about stoning.

Narges Mohammadi, who led the Centre for Human Rights Defenders, is serving a 16-year prison sentence. The most recent criminal case against her was brought in reprisal for a meeting she had with the European Union’s foreign policy chief, Catherine Ashton, on International Women’s Day in 2014.

Raheleh Rahemipour was sentenced to one year in prison after the UN requested information from the Iranian authorities about the enforced disappearance of her brother and niece during the 1980s. Alireza Farshi, of the Azerbaijani Turk minority, was given a 15-year prison sentence after he wrote a letter to UNESCO asking for an event commemorating International Mother Language Day.

“Rouhani and His Administration Have Failed”

The report is blunt in its criticism of Rouhani, who campaigned in 2013 on the promise to free political prisoners:

President Rouhani and his administration have so far failed to take any meaningful steps to stop these
abuses. On the contrary, they have brushed aside reports of abuses in their media interviews and statements
to the UN, claiming that Iran’s judiciary is independent and no one in the country is imprisoned solely for
peacefully exercising their rights to freedom of expression, association and assembly. There is still no
indication that his administration intends to change course during his second term in office.

Amnesty is calling on the European Union, which announced plans to relaunch a bilateral human rights dialogue with Iran in 2016, to challenge the imprisonments and persecution in the strongest terms.

Instead of appeasing Iranian officials, the EU should forcefully call for the immediate and unconditional release of all those jailed for their peaceful human rights activism and for an end to the misuse of the justice system to silence activists….

Rather than propagating the dangerous myth that human rights defenders pose a threat to national security, the Iranian authorities should focus on addressing the legitimate concerns they raise. These are people who have risked everything to build a more humane and just society – it is appalling that they are so viciously punished for their bravery.