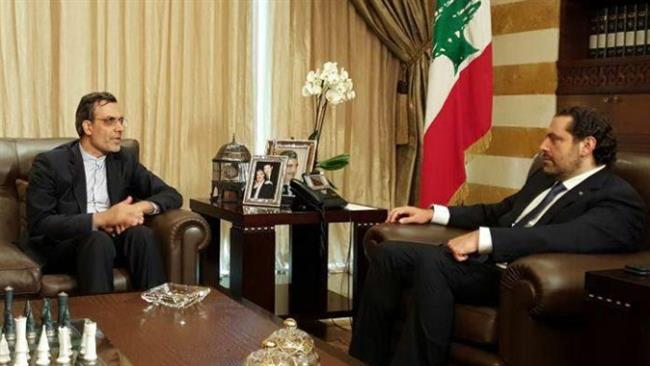 Deputy Foreign Minister Hossein Jaberi Ansari hosted the talks with both Nasrallah, a key ally of Iran in Lebanon and in the region, and with Hariri, who has often been critical of Hezbollah and the Islamic Republic. Jaberi Ansari has also seen President Michel Aoun, Speaker of Parliament Nabih Berri, and Foreign Minister Gebran Bassil.

Few details have been given of the discussions, in which Iranian State media said Jaberi Ansari expressed “Iran’s support for national unity in Lebanon and the country’s fight against the Israeli regime and Takfiri terrorists”. However, Iran is concerned with building support for its approach in the Syrian conflict as well as maintaining links with the Lebanese coalition government.

In recent weeks, Hezbollah and the Lebanese army have launched a linked offensive against rebel factions, the jihadist bloc Hayat Tahrir al-Sham, and the Islamic State on both sides of Lebanon’s border with southwest Syria.

Meanwhile, Israel has reiterated its warning to Hezbollah and Iran not to bring forces into the area near the Israeli-occupied Golan Heights. Israeli Prime Minister Benjamin Netanyahu will press the demand on Wednesday in talks with Russian President Vladimir Putin in Moscow.