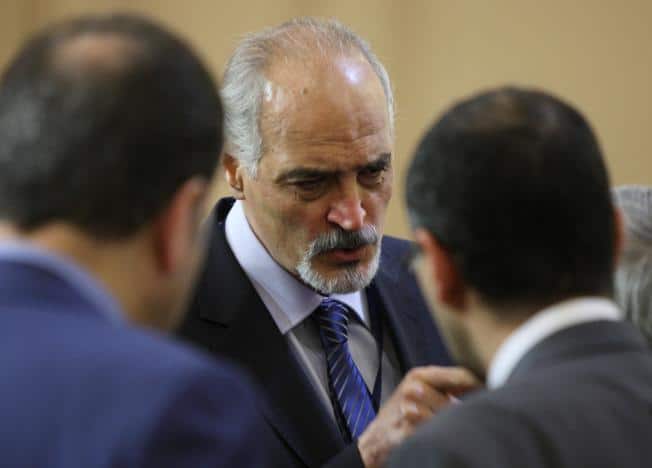 Russia, Turkey, and Iran have failed to agree terms on the creation of four “de-escalation zones” in Syria.

The unexpected setback for Moscow cames in the sixth round of discussions in the Kazakh capital Astana on Wednesday. The three countries, who had proposed the zones in early May, were planning to define the areas in opposition-held northwest Syria; part of Homs Province; the Damascus suburbs, and parts of the south near the Lebanese and Jordanian borders.

Russian envoy Alexander Lavrentiev said, “During these consultations, the Turkish side said it needed more time in order … to make an appropriate decision.”

The head of the Assad regime’s delegation, UN Ambassador Bashar al-Ja’afari, added, “The Turkish delegation objected to the adoption of any documents related to the implementation of mechanisms of the agreement on the de-escalation zones.”

Lavrentiev also said details about the southern de-escalation zone need to be agreed with the US and Jordan.

Washington and Amman have given intermittent support to rebels in the south through the Military Operations Center, based in Amman.

Although its represenatives are in Astana, the Syrian opposition has objected to the talks because of the Assad regime’s failure to meet conditions such as an end to bombing and sieges and release of political detainees. The opposition does not consider Iran — who now leads the Assad regime’s effort on the battlefield, through support of foreign militias — as a reliable guarantor of any agreement, and does not believe Russia can rein in the regime.

Despite the declaration of the zones, the Assad regime has continued air and ground attacks on some fronts, notably in the East Ghouta area near Damascus and on and near Daraa city on the Jordanian border.

US: We May Establish No-Fly Zones…If Russia Agrees

Five years after first considering and rejecting no-fly zones to protect Syrians, the US has said that it may establish them — if Russia agrees.

The United States is prepared to explore the possibility of establishing with Russia joint mechanisms for ensuring stability, including no-fly zones, on the ground ceasefire observers, and coordinated delivery of humanitarian assistance.

If our two countries work together to establish stability on the ground, it will lay a foundation for progress on the settlement of Syria’s political future.

Tillerson did not mention the Astana talks, but the statement appeared to be an attempt by Washington to rejoin the Russian-led political process.

After working with the US for three years on supposed attempts to de-escalate the crisis, Moscow sidelined the Americans in summer 2016, reconciling with Turkey for pursuit of its vision of a resolution leaving Bashar al-Assad in power.

The medics reported multiple cases of suffocation in Jobar and in nearby Ein Tarma, which was also struck last Saturday by what appears to be chlorine.

Statement of Jobar Medical Office on the use of toxic gasses in #Jobar neighborhood today, Damascus, with translation pic.twitter.com/jQW0s371X6

The Assad regime has regularly resorted to chlorine across Syria since early 2014, after it supposedly handed chemical stocks following the use of sarin near Damascus in August 2013, killing more than 1,400 people.

Pro-Assad forces and rebels have fought for Jobar since 2012, with neither side establishing control of a largely-devastated area.

A victim of today’s attack: 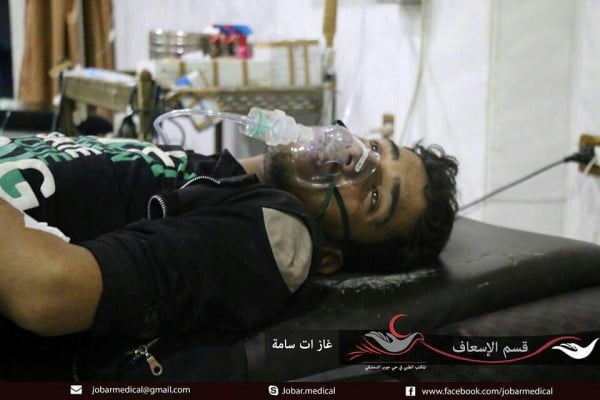 Stoking their possible conflict in northern Syria, the Kurdish militia YPG and Turkey have traded warnings about “declarations of war”.

The head of the YPG’s militia, Sipan Hemo, told Reuters about an imminent fight over the Kurdish canton of Afrin in northwest Syria:

These [Turkish] preparations have reached level of a declaration of war and could lead to the outbreak of actual clashes in the coming days. We will not stand idly by against this potential aggression.

This is not a declaration of war. We are making preparations against potential threats. It’s a legitimate measure so that we can protect our independence. We cannot remain silent against those sending missiles from Afrin.

The Turkish military, which controls part of northern Aleppo Province alongside Syrian rebels, and the YPG have traded shelling in recent weeks on a front from Afrin to Mare’ in north-central Syria.

Ankara considers the YPG to be part of the Turkish Kurdish insurgency PKK, which has carried out an armed campaign for more than 30 years and is considered a “terrorist” organization by the US — while Washington is the primary backer of the YPG-led Syrian Democratic Forces in northern Syria against the Islamic State.

“[The YPG’s] primary goal is a threat to Turkey, and if Turkey sees a YPG movement in northern Syria that is a threat to it, it will retaliate in kind,” Kurtulmuş said. “This isn’t a fantasy for us…it is an indispensable approach to protect Turkey’s border security.”

He added the US armament of the YPG has formed more than a terrorist organization there, they formed a small-scale army”.

Kurtulmus warned the YPG not to try to drive out Arab or Turkmen residents from the town of Tel Rıfaat, near the Turkish border.

Turkish media in recent days have said Ankara might deploy ground forces in support of a rebel effort to take the town, which the YPG seized from rebels last year.