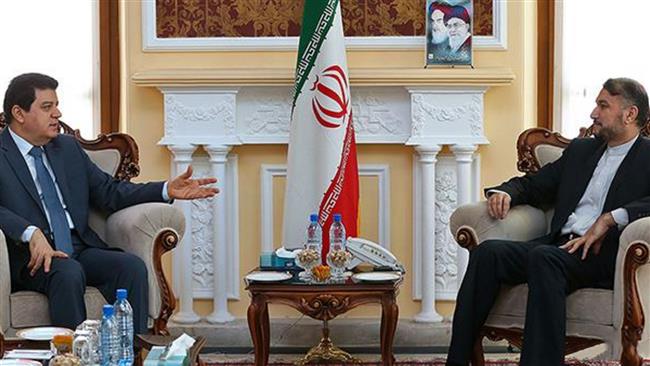 Iran has shown its caution and concern over the first US-Russian “de-escalation” deal in Syria’s 76-month conflict, warning that Washington is not to be trusted.

Both Russia and Iran have propped up Syria’s Assad regime since March 2011 with essential military, economic, and political intervention. However, the Islamic Republic has been absent as Moscow negotiated with the Trump Administration over a proposed de-escalation and ceasefire in southwest Syria, to be implemented from Sunday.

Hossein Amir-Abdollahian, the special advisor to Speaker of Parliament Ali Larijani, hosted Syrian Ambassador Adnan Mahmoud on Saturday to warn that the US approach is a “change of tactics and not a change in the objectives of Syria’s enemies”.

Amir-Abdollahian then pointed to a further possible divergence with Moscow, referring to calls for the departure of Bashar al-Assad:

Despite such a demand, the Syrian nation’s choice and determination will be the only path to determining Syria’s final fate and the Islamic Republic of Iran, since the beginning of this crisis, has emphasized on political dialogue and negotiations.

Iran has repeatedly said that no discussion of Assad’s removal can be tolerated, but Russia has not been as strident, at times indicating that the continuation of the Syrian state rather than Assad’s power is the long-term objective.

Tehran has also been reluctant to promote Russia’s plan for four de-escalation zones across Syria, despite formally acceding to the proposal in early May. Iranian officials and the Revolutionary Guards would prefer the complete elimination of the Syrian opposition and rebel factions, rather than their continued hold on areas such as Idlib Province in northwest Syria.

Amir-Abdollahian framed the concerns on Saturday through the declaration of a US-Israeli plot to prolong “regional crises such as the continuation of aggression against Yemen, threatening Syria with a military attack, and the perpetuation of tensions in Riyadh-Doha relations…[to sell] more weapons to the region”.