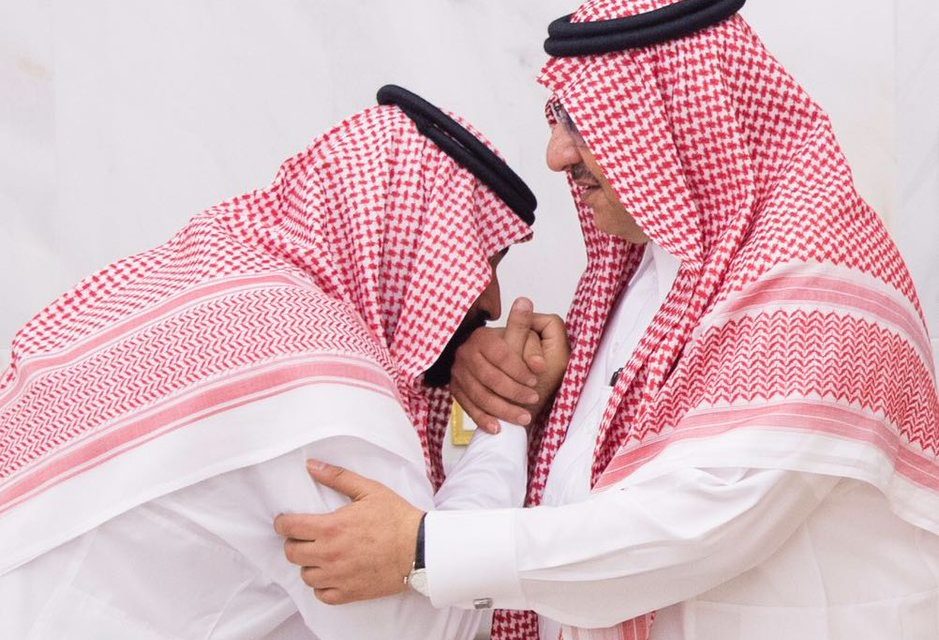 In a significant move which could shape Saudi Arabia’s politics and regional approach for decades, King Salman has tried to resolve a possible power struggle by naming his son Mohammad bin Salman as Crown Prince.

The 31-year-old Mohammad bin Salman, the Defense Minister, was promoted from Deputy Crown Prince. He replaces the powerful Interior Minister, Mohammad bin Nayef, who was named Crown Prince in 2015 when Salman took the throne after the death of King Abdullah.

A royal decree removed Crown Prince Mohammed bin Nayef, a 57-year-old nephew of the king, as next-in-line to the throne and replaced him with Mohammed bin Salman, 31, who was previously the Deputy Crown Prince.

According to the official Saudi Press Agency, the newly-announced Crown Prince was also named Deputy Prime Minister and maintained his post as Defense Minister.

The former Crown Prince was also fired from his post as Interior Minister, the decree said.

Saudi Arabia’s Allegiance Council endorsed the changes by 31 out of 34, according to the state-owned al-Arabiya channel.

The Saudi king called for a public pledging of allegiance to the new Crown Prince early on Wednesday, the channel said.

Mohammed bin Nayef promptly vowed loyalty to his successor after the decree.

Some royal observers had long suspected Mohammed bin Salman’s rise to power under his father’s reign might also accelerate his ascension to the throne.

The young prince was little known to Saudis and outsiders before Salman became king in January 2015. He had previously been in charge of his father’s royal court when Salman was the Crown Prince.

Over the weekend, the king had issued a decree restructuring Saudi Arabia’s system for prosecutions that stripped Mohammed bin Nayef of longstanding powers overseeing criminal investigations.

Instead King Salman ordered that a newly-named Office of Public Prosecution and prosecutor report directly to the monarch.

Mohammed bin Nayef was not believed to have played a significant role in Saudi and UAE-led efforts to isolate Qatar for its alleged support of Islamist groups and ties with Iran.

The prince had appeared to be slipping from public eye as his cousin, Mohammed bin Salman, embarked on major overseas visits, including a trip to the White House to meet President Donald Trump in March.

That visit to Washington helped lay the foundation for Trump’s visit to Saudi Arabia in May, which marked the president’s first overseas visit.

The trip was promoted heavily by the kingdom as proof of its weight in the region and wider Muslim world.

Implications from Yemen to Iran

Despite Mohammed bin Salman’s ambitions, which include overhauling the kingdom’s economy away from its reliance on oil, the prince has faced criticism for the Saudi-led war in Yemen, which he oversees as defence minister.

The war, launched more than two years ago, has failed to dislodge Iranian-allied rebels known as Houthis from the capital, Sanaa, and has had devastating effects on the impoverished country.

Rights groups say Saudi forces have killed scores of civilians and have called on the US, as well as the UK and France, to halt the sale of weapons to Saudi Arabia that could be used in the Yemen war.

The newly-minted crown prince also ruled out any chance of dialogue with Iran.

In remarks aired on Saudi TV in May, Mohammed bin Salman framed the tensions with Iran in sectarian terms and said it is Iran’s goal “to control the Islamic world” and to spread its Shia doctrine.

He also vowed to take “the battle” to Iran.

Iran and Saudi Arabia’s rivalry has played out in proxy wars across the region.

They back opposite sides in the wars in Syria and Yemen and they support political rivals in Lebanon, Bahrain, and Iraq.