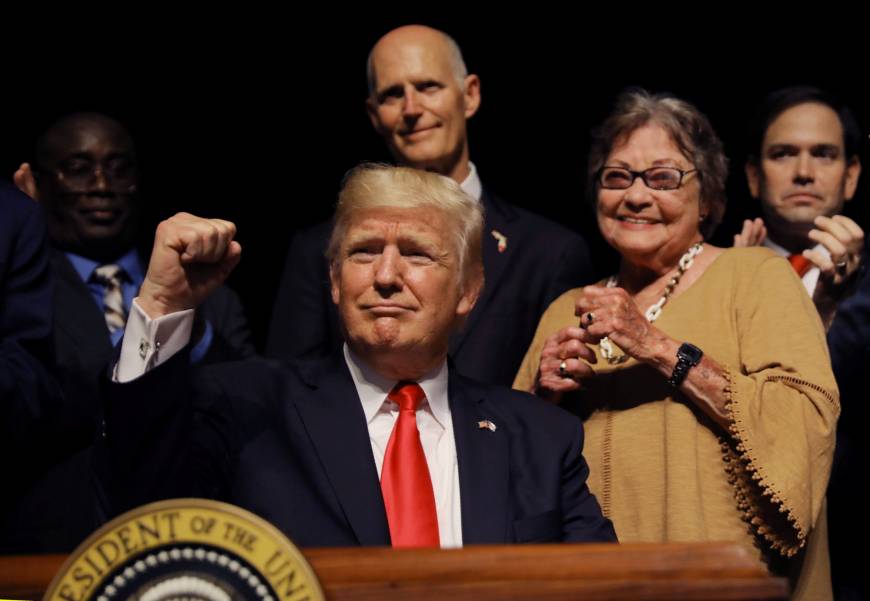 Last week the Trump Administration announced its retreat from Obama-era engagement on Cuba, re-imposing many of the 57-year-old restrictions that its predecessor had begun to remove.

Why now? I reviewed the situation and went through Donald Trump’s motives with Monocle 24’s The Globalist on Monday.

It’s Monday morning in Washington, and I guarantee you that in a few hours there will be another story about the extent of the possible Trump links with Russia, given out by various unnamed US officials. And we’ll be talking about that this time tomorrow….

Meanwhile, we have the hypocrisy of Trump citing human rights, given that he has cozied up to Russia’s Vladimir Putin, that he has welcomed authoritarian leaders like Egypt’s President El Sisi in the White House, given these elaborate ceremonies by the Saudi authorities to play to Trump’s narcissism so that he now thinks Riyadh is the greatest place on earth.