Iran Daily: Was Tehran’s Missile Attack In Syria A Dud? 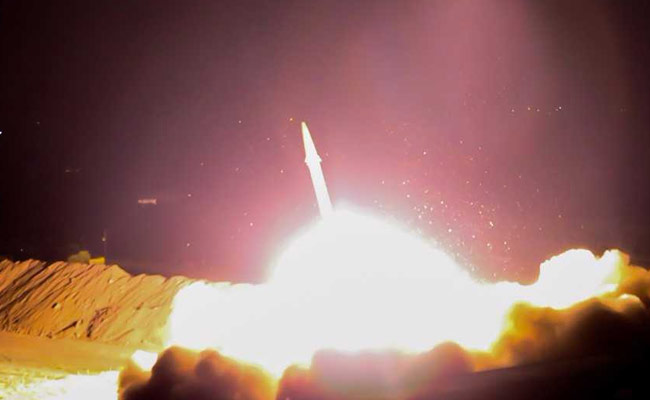 Iran’s first missile strikes in Syria’s 75-mile conflict were a failure, with six of the seven failing to hit their target, according to Israeli sources.

The Revolutionary Guards had decalred success on Sunday with the launch of the Zolfiqar ballistic missiles from western Iran across Iraq onto Islamic State positions near the city of Mayadin of eastern Syria. They declared that at least 65 ISIS fighters, including several high-ranking commanders, were killed. Fars, the propaganda outlet of the Guards, went farther with the boast that 360 ISIS members were slain.

But Israeli officials said three missiles did not even make it to Syria, landing in Iraq, and only one hit the ISIS base. Another of the seven landed hundreds of yards away in Mayadin.

Syrian opposition activist Omar Abu Laila, citing contacts in his native Deir ez-Zor Province, also said two Iranian missiles fell near and in Mayadin, adding that there were no casualties.

The Israeli security sources told a journalist for Channel 2 TV, “This is what they have to show for 30 years of missile development? Even Hezbollah can do better.”

Walla News, quoted unnamed “diplomatic sources”, also said only one or two of the seven Iranian missiles hit their target.

Claimed footage of the missile strikes from Iranian State TV:

While the official Iranian line is that the strikes were retaliation for the June 7 attacks in Tehran, claimed by ISIS, high-level statements — including from the Supreme Leader — have been pointed at the US and Saudi Arabia. Guards spokesman General Ramezan Sharif said on State TV:

The Saudis and Americans are especially receivers of this message.Obviously and clearly, some reactionary countries of the region, especially Saudi Arabia, had announced that they are trying to bring insecurity into Iran.

In his first comments on the strikes, President Hassan Rouhani said on Tuesday that the Islamic Republic will respond “more decisively” to any future “terrorist” attack inside Iran.

Rouhani emphasized the collective nature of the authorization of the operations. “If we decide to target a location with missiles, this decision falls within the field of national security. Such decisions are made by the Supreme National Security Council.”

The Supreme Leader has used a visit by Iraqi Prime Minister Haider al-Abadi to fire a rhetorical shot at the US.

“Vigilance is required against the Americans and they should not be trusted at all because the US and its puppets oppose Iraq’s independence, identity and unity,” Ayatollah Khamenei said in Tuesday’s meeting.

Khamenei used the encounter to promote the Iran-suppported, largely-Shia militia Hashd al-Sha’abi (Popular Mobilization Units), calling them a force for stability and arguing that the US opposes the PMUs because “they want Iraq to lose its key element of strength”: “Do not trust the Americans at all because they seek an opportunity to strike their blow.”

Leader to Iraqi PM: Do not trust the US at all, as they're looking for a opportunity to strike!

On another front, the Supreme Leader repeated the Islamic Republic’s line against independence for Iraqi Kurdistan: “As a neighbor, the Islamic Republic of Iran is against certain murmurs about the holding of a referendum for the separation of a section of Iraq.”

#Iran opposes holding talks of a referendum to partition #Iraq and considers those who fuel the idea as opponents of Iraq's independence. 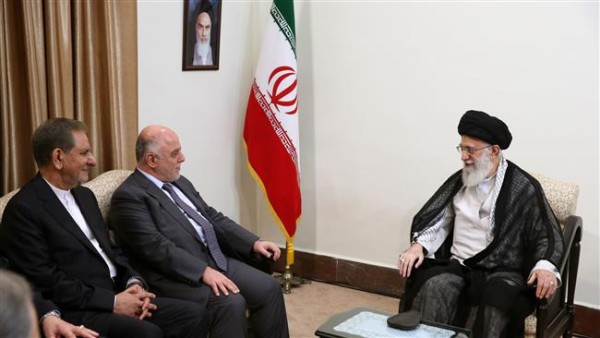