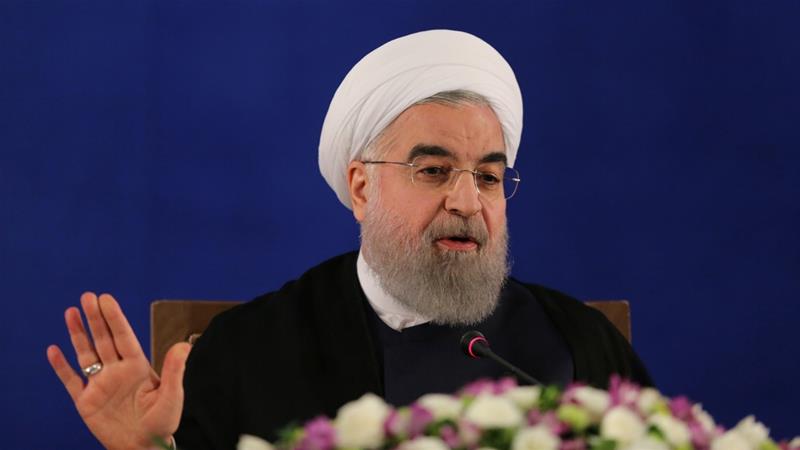 In a high-profile display of support for Qatar amid its dispute with Saudi Arabia, Iran’s President Hassan Rouhani has used a phone call with the Qatari Emir to declare that “brotherly and friendly” Tehran-Doha ties will be beneficial to all nations in the regions.

Rouhani expressed the full backing of his Government to Emir Tamim, “[Iran’s] help for Qatar’s economy and the expansion of ties, particularly between the two countries’ private sectors, can be among our common goals.”

The Iranian President pointed to negotiation rather than confrontation with Saudi Arabia, calling for “the rule of moderation and rationality” and solutions through dialogue.

At the same time, he put the onus on Riyadh for the crisis and said Iran would back Qatari defiance of a Saudi-led blockade, “We believe that if there is a dispute among regional countries, pressure, threat or sanctions are not an appropriate way to settle disputes….Our country’s airspace, land and waters will always be open to Qatar as a brotherly and neighboring country.”

Saudi Arabia and the UAE broke relations with Qatar and imposed a land and sea blockade on June 5, in a dispute over cyber-operations, propaganda, and Doha’s relations with groups like Palestine’s Hamas and the Muslim Brotherhood as well as its cordial links with Tehran. The Saudis were soon followed by Gulf ally Bahrain, Egypt, Libya, and the Maldives.

Last week, the Saudi-led group presented 13 demands via Kuwait to Qatar. These include the closure of Al Jazeera and the end to links with the “extremists” of Hamas and the Muslim Brotherhood.

Turkey and Iran have provided food and other supplies to Qatar as well as expressing political support. Ankara also deployed two dozen troops in a symbolic display of its backing, while the Turkish Parliament authorized the dispatch of several thousand more.

On Sunday, Turkish President Recep Tayyip Erdoğan said the 13 demands by Saudi Arabia and its allies were “against international law”: “What we are talking about here is an attack on the sovereign rights of a state.”