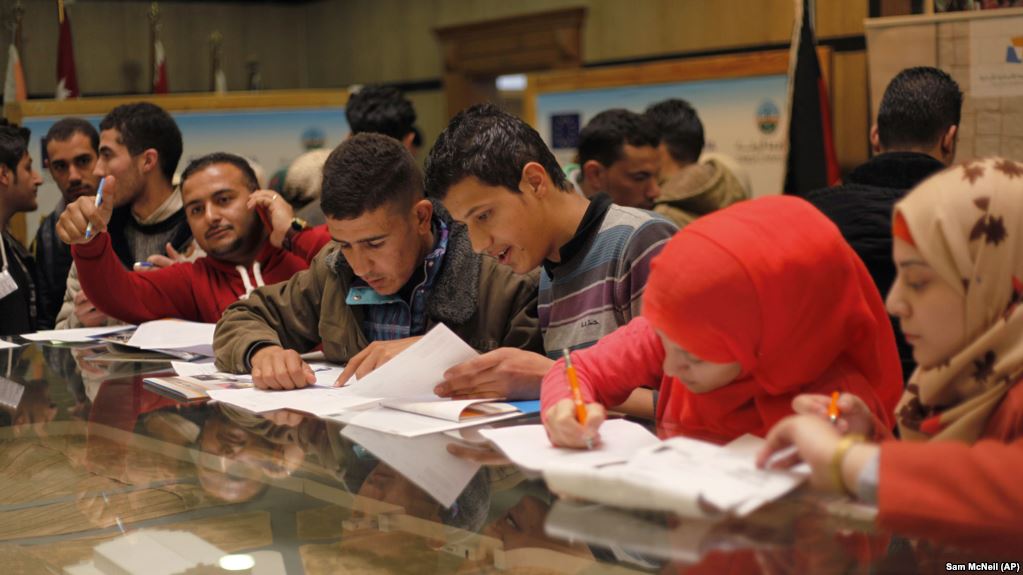 “The scale of the Syrian refugee crisis and the challenge of mitigating a ‘lost generation’ of the education of Syrians is a critical one.”

Dina Kiwan of the University of Birmingham writes for The Birmingham Brief:

The Syrian refugee crisis has been described by the United Nations High Commission for Refugees as the largest humanitarian and refugee crisis of our time, with over 5 million people having fled Syria to the surrounding countries of Lebanon, Jordan and Turkey since 2011, with 1 million having requested asylum in Europe.

According to UNHCR, 47.5% of all Syrian refugees are under the age of 18, reflecting the demographic in the region. In the surrounding host countries of Lebanon, Jordan and Turkey, approximately 1 million young Syrians are out of school. When it comes to higher education, pre-civil conflict figures suggest that 26% of Syrians entered higher education; in 2015, the Institute of International Education (estimated that almost half a million university-aged Syrian students were refugees, with 150,000 estimated to be qualified for university admission, yet less than 6% have secured university places.

When it comes to supporting education in the international humanitarian response to the Syrian refugee crisis, there is a significant funding gap. In addition, research indicates an absence of recorded philanthropic support to both Palestinian and Syrian refugee education, with few exceptions, by corporations in the Arab region.

The scale of the Syrian refugee crisis and the challenge of mitigating a “lost generation” of the education of Syrians is a critical one. As young Syrians struggle to enter higher education, they are navigating a range of complicated and often contradictory systems at local, national and international levels, between immigration and asylum policies on the one hand, and education policies on the other. We also see the rise of populist right-wing politics in Europe and the US and securitisation discourses that construct the refugee as “dangerous”.

Research undertaken at the University of Birmingham’s School of Education focuses on citizenship and inclusion, through the lens of education, naturalisation, migration, and asylum policies, in particular within the context of pluralist/multicultural societies, and societies in conflict. This complements research, undertaken in 2014–15 at the American University of Beirut in Lebanon, which compares how Syrian and Syrian-Palestinian refugee women are conceptualized in official discourses and documentation by international organisations (such as the UNHCR) for an international audience with what these women actually do ‘”n the ground” in Lebanon. The official narrative constructs the refugee as apolitical, with women in particular presented as vulnerable – economically, physically and sexually. But through the examination of local initiatives in Lebanon, we can see how these women in their communities constitute themselves politically, rupturing the status quo of their legal and political exclusion.

There are a number of practical initiatives by individual universities, consortia, and international organisations to support Syrian refugee students through scholarships, as well as hosting scholars in exile. The research project at the American University of Beirut in Lebanon is engaged in a range of practical initiatives, including producing policy briefs, on Syrian refugees and education in Lebanon. It is widening access to higher education in the Arab world, as well as hosting a free online course to over 6,000 students, on “Citizenship in the Arab World”.

The sheer scale of the crisis in Syria is unprecedented and likely to be a protracted one, therefore mapping Syrian refugees entering higher education in the region, and beyond, will be the first systematic project to be undertaken by the University of Birmingham’s funded “Global Challenges” doctoral scholar later this year.

It is hoped this important evidence base will lead to bold and innovative interventions which are critically needed in this area.