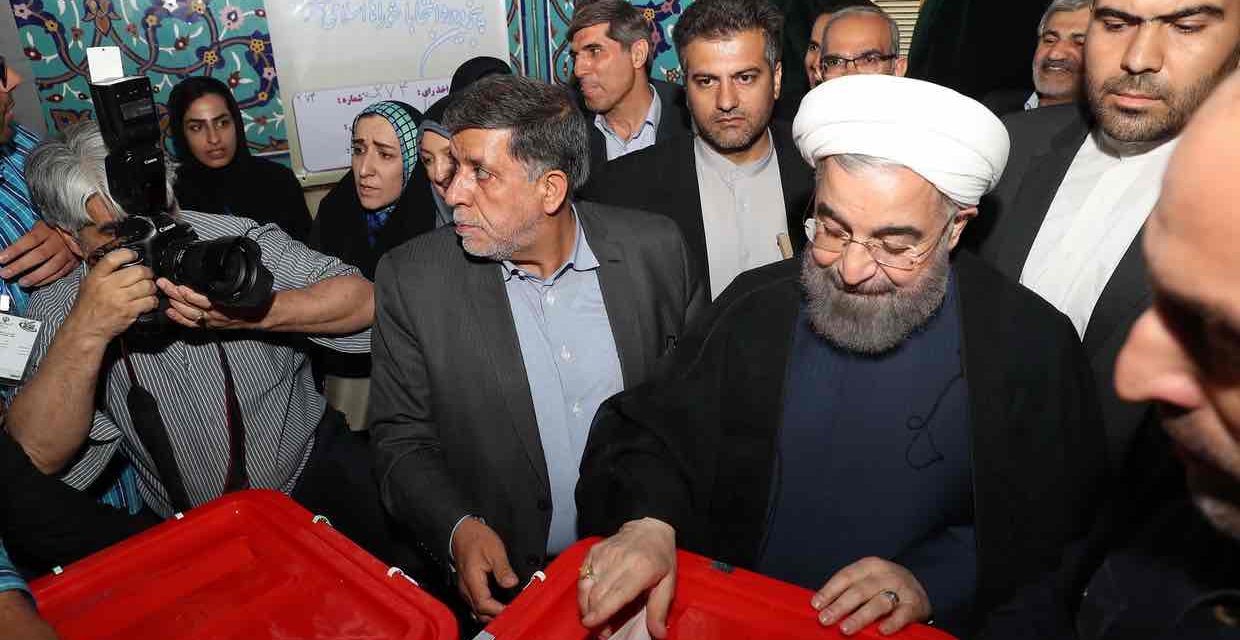 The official final result has Rouhani with more than 23.5 million votes, 57% of the total. Hardline Cleric Ebrahim Raisi — despite the support of the Supreme Leader’s office, the Revolutionary Guards, and other regime factions — had less than 15.8 million votes, about 38.5%.

ORIGINAL ENTRY: With more than 60% of the vote counted in Iran’s Presidential election, centrist incumbent Hassan Rouhani has a substantial lead over his main challenger, hardline cleric Ebrahim Raisi.

The first official results give Rouhani more than 14.6 million votes and just over 10.1 million for Raisi. The other two candidates have less than one million each. More than 40 million Iranians voted, a turnout of almost 75%.

The final tally is expected later Saturday, according to Interior Ministry official Ali Asghar Ahmadi. If the current results hold, Rouhani would win with a first-round majority, avoiding a runoff.

See also Iran Daily, May 19: Election Day for the Presidency

The vote, with long lines at many polling stations, passed largely without incident. There were indications early in the vote that Raisi’s camp would claim “substantial violations”. However, after a visit to the Election Commission, the cleric said only that there was concern that some stations had run out of ballot papers, and added that he would accept the result.

Khatami was greeted enthustiastically by a crowd as he voted in Tehran. The former President is barred from being quoted or shown in Iranian media.

Opposition leaders Mir Hossein Mousavi and Mehdi Karroubi, who both ran in the disputed 2009 election, also voted for Rouhani. The two men, along with Mousavi’s wife Zahra Rahnavard, have been under strict house arrest since February 2011.