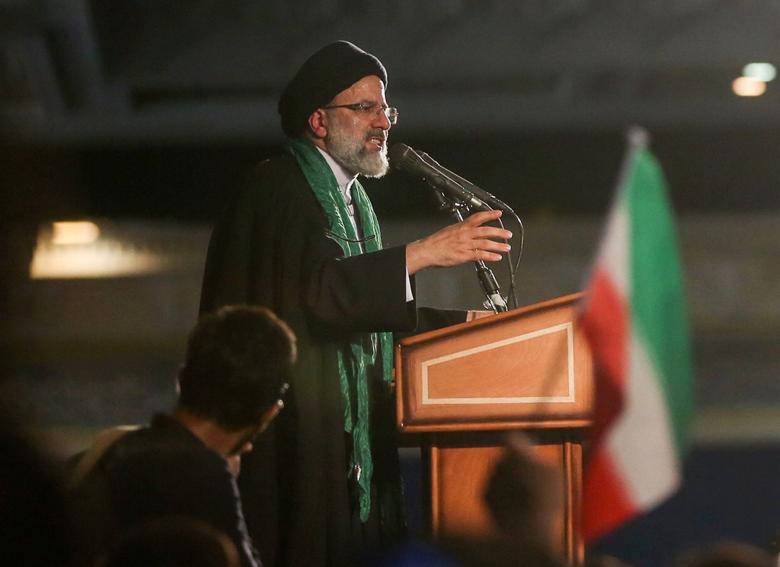 UPDATE 1930 GMT: Despite the claims by hardliners about irregularities, the Guardian Council has confirmed the result of Presidential election.

In a letter to the Interior Ministry, the head of the Guardian Council, Ayatollah Ahmad Jannati, said the 12-member panel had examined complaints but ultimately verified President Rouhani’s re-election.

Jannati said some of the claims of irregularities had been sent to judicial bodies for further investigation.

ORIGINAL ENTRY: Hardliners, including defeated candidate Ebrahim Raisi, are continuing the effort to limit President Rouhani’s re-election legitimacy with complaints of irregularities in the vote.

The first flutters of the effort came during the election on May 19, when Raisi’s camp — facing the looming, unexpectedly large 20-percent defeat by Rouhani — spoke ominously of a fraudulent vote. The hardline cleric visited the Election Commission, but in the end he limited his comments to an assertion of the shortage of ballot papers in some areas.

But last week, the Supreme Leader’s office appeared to endorse a tougher line as the Tehran Friday Prayer leader said election “violations” had inflated Rouhani’s victory by millions of votes.

Then on Monday, the Revolutionary Guards’ outlet Fars said Raisi had told supporters the previous night:

Tampering with the numbers of people’s participation is inappropriate. Not sending ballots to centres where the government’s opponent has a chance of getting votes is very inappropriate.

I ask the Guardian Council and the judiciary not to let the people’s rights get trampled. If this vote-tampering is not looked into, then the people’s trust will be damaged.

The Guardian Council had scheduled a meeting for Wednesday but spokesman Abbas Ali Kadkhodaei said today that the session has been postponed until Saturday.

The hardliners are not trying to overturn Rouhani’s victory, as the Tehran Friday Prayer Leader, Ayatollah Movahedi Kermani, made clear. The official tally gave the President 57% of the vote, versus only 38.5% for Raisi.

Instead, Rouhani’s opponents are trying to minimize the win, restricting the President’s attempt at an election mandate for greater influence over domestic and foreign policy.

On another front of the effort, the hardline head of judiciary, Sadegh Larijani, warned Rouhani against another attempt to free opposition leaders Mir Hossein Mousavi and Mehdi Karroubi from detention.

Mousavi and Karroubi, both candidates in the disputed 2009 Presidential election “won” by Mahmoud Ahmadinejad, have been under strict house arrest since February 2011. The Supreme Leader has rebuffed the attempts of Rouhani and his allies to ease the conditions or even allow the men — and Mousavi’s wife, activist and academic Zahra Rahnavard — to stand trial.