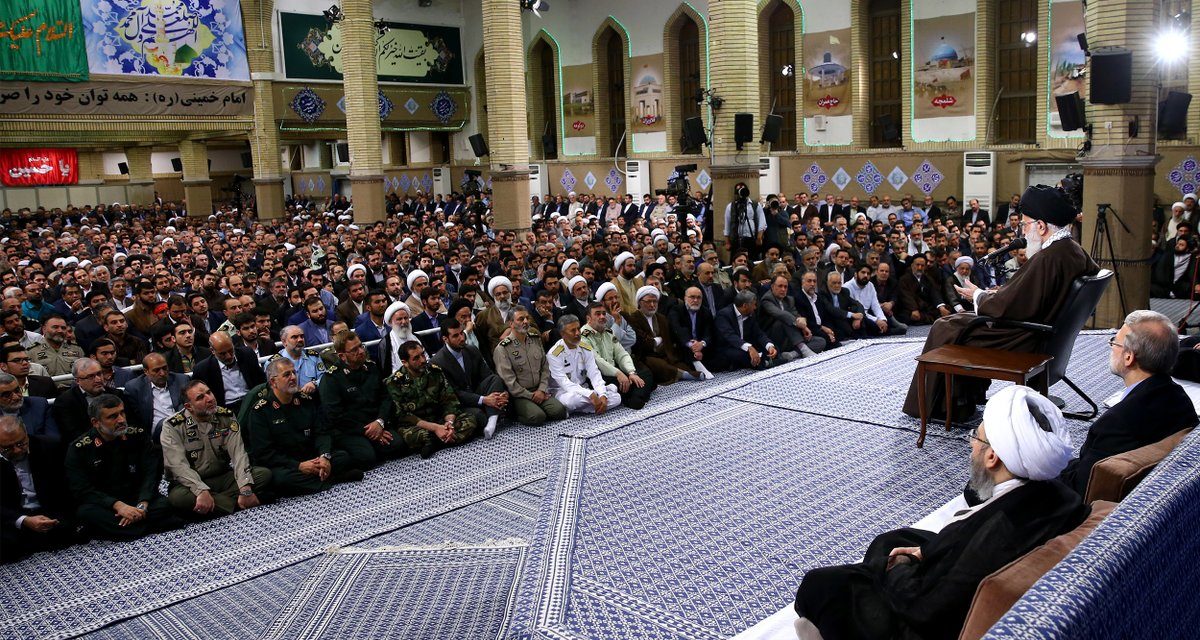 Iran’s Supreme Leader has intervened against President Rouhani in the campaign for the May 19 election, rejecting Rouhani’s approach linking economic recovery with a foreign policy of engagement.

Ayatollah Khamenei told officials on Tuesday that all candidates need to “promise the people that in order for the country to progress, for economic growth and to untie the knots, their eyes won’t be set outside our borders but on the nation itself”.

To candidates:
Promise the people that for the progress of country, economic development & removing problems you won’t rely on foreigners.

Khamenei’s speech was a response to Rouhani’s campaign statement on Sunday that “our nation does not deserve to go back to the times when Iran was in economic isolation”.

That appeared to be a coded challenge to the Supreme Leader’s proclamation of a “Resistance Economy” of self-sufficiency, amid Khamenei’s hostility towards the US Government and its allies.

The state of Iran’s economy is likely to be the primary issue in the Presidential race, with Rouhani’s main challengers — cleric Ebrahim Raisi and Tehran Mayor Mohammad-Baqer Qalibaf — arguing that the Government has not done enough for trade, investment, and employment. The President maintains that his Government has brought inflation down from more than 40% to less than 9%, has boosted both oil and non-oil exports since the July 2015 nuclear agreement with the 5+1 Powers, and has dealt with problems of mismanagement inherited from the administration of Mahmoud Ahmadinejad.

Raisi said on Tuesday that he will create up to 1.5 million new jobs a year if elected, pointing to the construction sector. Qalibaf, has said his “economic revolution” will generate five million jobs.

Raisi, the head of the billion-dollar religious organization Astan Quds Razavi, has said “structural failure” is the “root” of Iran’s economic problems, called for the reform of the banking system, and promised action against corruption with a report to the public in the first six months of his term. He said in a Tuesday speech:

In his Tuesday speech, Khamenei supported his implicit attack on Rouhani with his standard rhetoric about the imminent menace of the US and Israel “Creating terrorist groups in the name of Islam and sowing discord between Islamic countries – including Iraq, Syria, Bahrain and Yemen – are among plots by ruthless America and the evil Zionist regime to counter Islam.”