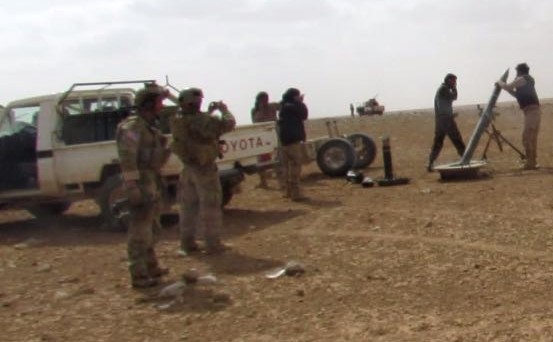 Local sources and photographs confirm the on-the-ground role of US special forces in the multi-front rebel offensive against the Islamic State in Syria.

US special forces, the British SAS, and Norwegian counterparts have been based for some time in al-Tanf near the Syrian border with Iraq and Jordan. However, last week the Americans set up a joint operations room with the groups Maghaweer al-Thawra — known as the New Syrian Army when it was created with US support in late 2015 — and Jaish Usud al-Sharqiya and Liwa al-Shaheed Ahmad Abdo, both linked to the US-led Military Operations Center based in Jordan.

The force is now pursuing operations against the Islamic State in the Hamad desert region near the Jordanian border, east of Syria’s eastern Qalamoun region. 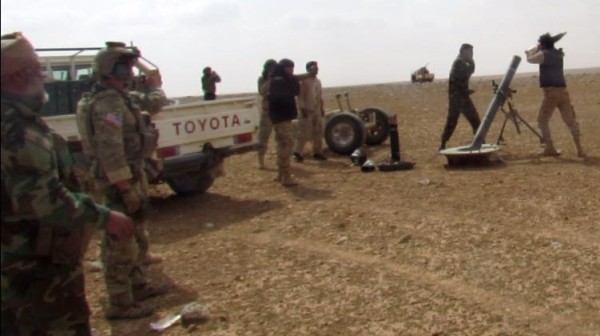 The area of the offensive, deep in the desert along the Baghdad-Damascus highway:

The deployment puts the US in indirect if unacknowledged cooperation with the Islamist factions of Ahrar al-Sham and Jaish al-Islam as well as the group Faylaq al-Rahman, who are pushing back ISIS further west in eastern Qalamoun. Contact with the factions is maintained through Jaish Usud al-Sharqiya and Liwa al-Shaheed Ahmad Abdo.

The combination of attacks has taken large swathes of territory from the Islamic State in the past week. Rebel outlets estimated the capture at 1,950 square km (753 square miles) by Wednesday. While much of the area is desert, several strategic positions for ISIS operations and reinforcements were also taken. 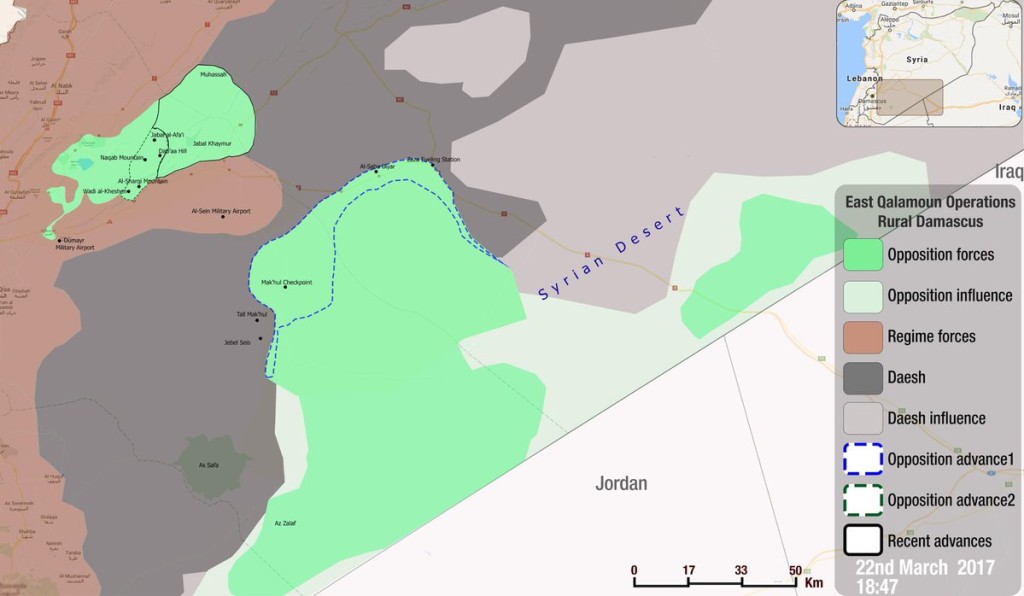 An announcement of the offensives on March 18, “We’ve prepared our horses to cleanse the Hamad [desert]”:

Clearing ISIS from the Borders

The offensives are seeking to break the ISIS siege on rebels in eastern Qalamoun by opening a logistical route through eastern Syria.

However, a local source explained that there are wider objectives, “The aim is to clear ISIS from the Jordanian border and from the eastern Qalamoun to protect Lebanon.”

Another source assessed, “This cannot be good news for the [Assad] regime or the Russians, who were hoping that the US would work with them against the Islamic State.”

Asked if Hezbollah would accept the operations, given their interest in keeping ISIS away from Lebanon, the source answered, “Possibly. But they can’t be happy to see the US working with Sunni rebels.” 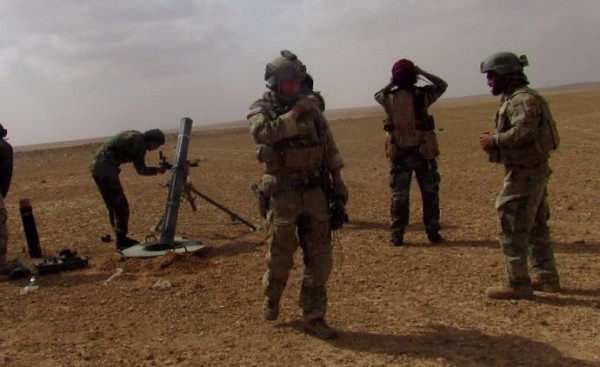 Iran may also be disconcerted by the developments, fearing a long-term US relationship with Free Syrian Army groups which would limit the operational ability of pro-Iranian militias in Deir ez-Zor Province, for example, to capture the full length of the Baghdad-Damascus highway.

But for one pro-opposition source, the signs of the US special forces and the joint operations room are only positive, “This is the first credible attempt by the US to work with local Sunni Arab partners in the war on ISIS after similar attempts in the past have faltered.”