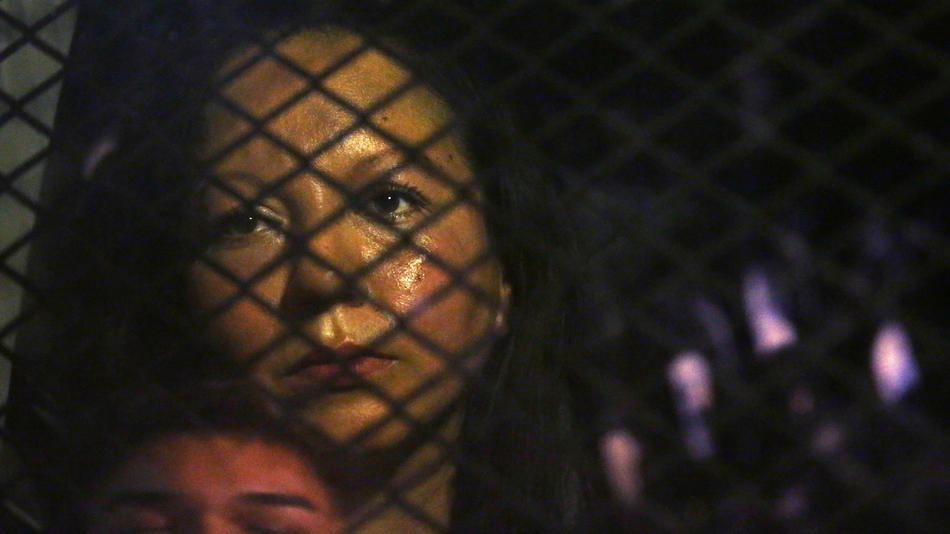 Homeland Security document proposed mobilization of up to 100,000 National Guard in 11 states to detain immigrants

Developments on Day 29 of the Trump Administration:

See also Trump’s Russia Scandals Could Get Much, Much Worse

In an 11-page Department of Homeland Security memorandum, the proposal was made for the mobilization of up to 100,000 in 11 states — California, Arizona, New Mexico, Texas, Oregon, Nevada, Utah, Colorado, Oklahoma, Arkansas, and Louisiana.

Administration officials distanced themselves from the idea, saying it was rejected and will not be part of plans to carry Donald Trump’s aggressive immigration policy.

White House spokesman Sean Spicer said there was “no effort at all to utilize the National Guard to round up unauthorized immigrants,” and a DHS official described the document as a very early draft that was not seriously considered.

However, DHS staffers said Thursday that they had been told by colleagues in two DHS departments that the proposal was still being considered as recently as February 10.

Three Republican governors spoke out against the proposal and numerous Democratic lawmakers denounced it as overly aggressive.

After a meeting with the top Immigration and Customs Enforcement official on Thursday, members of Congress expressed concern that all undocumented immigrants — estimated at about 11 million — in the US are at risk of deportation.

Congressional Hispanic Caucus Chairwoman Michelle Lujan Grisham said that she and other lawmakers left a meeting with ICE Acting Director Tom Homan with a sense that with changes ordered by Trump through his executive orders, “all immigrant communities are at risk.”

Representative Lucille Roybal-Allard of California said in a statement, “In effect, every undocumented person in America is now vulnerable to arrest and removal as a result of the president’s orders.”

The ICE has already stepped up detentions, seizing hundreds of immigrants in raids in six states last week. While many are suspected of criminal activity, the sweeps also picked those with no criminal record or evidence of any transgression beyond lack of papers.

Facing scrutiny over his Administration’s conduct and his approach to issues, Donald Trump continues his attack on the media.

The FAKE NEWS media (failing @nytimes, @NBCNews, @ABC, @CBS, @CNN) is not my enemy, it is the enemy of the American People!

The President’s initial tweet had added the emphasis that the media were “SICK!”. 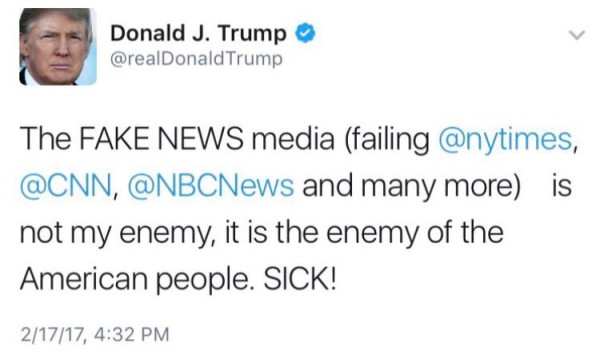 Trump followed his extraordinary press conference on Thursday — in which he railed for more than an hour about “fake news” — with a contrast between reporters and the right-wing polemicist Rush Limbaugh:

"One of the most effective press conferences I've ever seen!" says Rush Limbaugh. Many agree.Yet FAKE MEDIA calls it differently! Dishonest

Did Harward Turn Down National Security Advisor Post Because of Bannon?

.@chrislhayes says Harward asked to report directly to the president and revert to previous NSC structure. Trump said no, so he declined.

Hayes’ revelation points to the efforts of chief strategist Steve Bannon to set up an NSC answerable to him, rather one based on agencies such as the State Department, the Department of Defense, and the intelligence communities. Bannon has already helped push through an executive order authorizing his attendance — and that of White House staff such as counsellor Kellyanne Conway — at all NSC meeting, and making the chief strategist a full member of the Principals Committee of the NSC, which handles day-to-day implementation of guidelines.

Other reports say that Trump is insisting on retaining K.T. McFarland as Deputy National Security Advisor and that her move out of the NSC is “non-negotiable” for the President.

David Petraeus, a retired general and former CIA Director, has reportedly taken himself out of the running for the National Security Advisor’s post because of Trump’s demands over staffing.

State Department staff are being fired, amid concerns of a political purge to limit input from the agency.

The latest dismissal include Ambassador Kristie Kenney, the Counselor of the State Department and one of the last remaining senior officials, and many of her staff. Personnel in the office of the Deputy Secretary of State for Management and Resources were released.

These staff are often the conduit between the Secretary of State’s office to the country bureaus.

The Department has also been sidelined in high-profile events in the first month of the Administration. No official was included in the White House meetings with Israeli Prime Minister Benjamin Netanyahu this week. Instead, Trump’s son-in-law Jared Kushner — named as envoy for the Israeli-Palestinian issue — joined the President.

The Senate approval was on a 52-46 vote that was almost exclusively on party lines.

The vote came after a failed Democratic attempt to delay the confirmation proceedings until a new set of documents from Pruitt’s state office are made public under court order, beginning next week.

Pruitt has been involved in numerous lawsuits challenging EPA regulations, coordinating closely with energy companies. At times, Pruitt simply copied and pasted suggested language from an energy company onto State letterhead, and then sent it to the EPA.

The Republican Administration has already moved to curb the EPA, placing it under a gag order to prevent discussion of environmental damage from measures such as the renewal of the Dakota and Keystone pipelines. The Agency has also been told to submit any studies for political review.

Earlier this week, the Administration removed the requirement on energy companies to declare payments to foreign governments, and it lifted a regulation barring the dumping of coal waste near streams.

“It’s clear that in the early months it’s going to be a Republicans-only exercise,” McConnell said before lawmakers left for a week-long President’s Day recess.

Clearly this is not one of those bipartisan “Kumbaya” moments, and so we, as Republicans, expect that both of those issues will be — which are very big issues — will have to be tackled Republican-only.

McConnell did not give any details of the plan to replace ObamaCare, which has provided insurance for an additional 20 million Americans.

TOP PHOTO: Guadalupe Garcia, who lived in US for more than 20 years, in detention, February 8, 2017