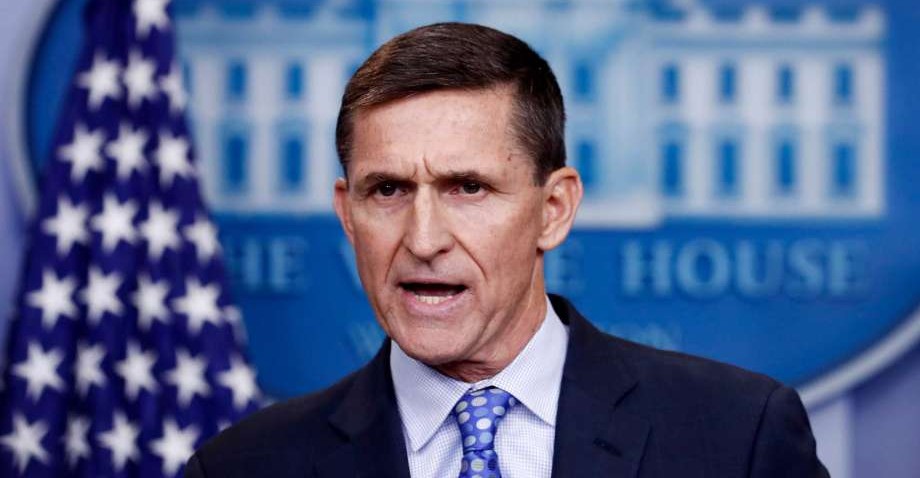 Developments on Day 24 of the Republican administration led by Donald Trump:

Flynn on Way Out?

Trouble grows for National Security Advisor Michael Flynn, amid the revelations that he discussed removal of sanctions on Russia before Donald Trump became President.

On December 29 — the day that President Obama imposed new sanctions on Moscow over interference in the 2016 Presidential election and harassment of US diplomats — Flynn spoke five times with Russian Ambassador Sergei Kislyak. Although Reuters reported the discussions at the time, the controversy has grown in the past week with further information refuting Flynn’s denial that sanctions were mentioned.

Asked if Mr. Trump still had confidence in Mr. Flynn, Mr. Miller responded, “That’s a question for the President.”

Meanwhile, those inside the Administration who are hostile to Flynn’s leadership spoke with the New York Times:

These are chaotic and anxious days inside the National Security Council, the traditional center of management for a President’s dealings with an uncertain world.

Three weeks into the Trump administration, council staff members get up in the morning, read President Trump’s Twitter posts and struggle to make policy to fit them. Most are kept in the dark about what Mr. Trump tells foreign leaders in his phone calls. Some staff members have turned to encrypted communications to talk with their colleagues, after hearing that Mr. Trump’s top advisers are considering an “insider threat” program that could result in monitoring cellphones and emails for leaks.

The Washington Post has a similar report, with one Administration official summarizing, “The knives are out for Flynn.”

Earlier this month, reports indicated that Bannon — the leader of “fire-breathers” challenging “pragmatists” inside the Executive Branch — was pushing aside Flynn, despite their friendship. The chief strategist ensured that, through Trump’s executive order, he was authorized to attend all National Security Council meetings. Perhaps more importantly, he was named a full member of the Principals Committee, the day-to-day operational board of the NSC.

The initial draft of The New York Times story said that Bannon’s ally Miller had even chaired a weekend meeting of the Principals Committee, “stunning career officials”.

However, the sources for the Times appear to be career officials with the NSC, rather than appointees linked to Bannon and Miller.

Trump lashes out at Mark Cuban, a businessman who owns the Dallas Mavericks basketball team, on Twitter:

I know Mark Cuban well. He backed me big-time but I wasn't interested in taking all of his calls.He's not smart enough to run for president!

Cuban backed Hillary Clinton in the Presidential campaign, but he also gave Trump advice, writing in April, “To make it work you have to really dig in on the issues. It’s like the tech stuff today.”

Trump did not explain the reason for his Sunday outburst, but he may have been irritated with Cuban for defending one of his basketball stars, Stephen Curry, who criticized the President as “a real ass”. Cuban told a Dallas newspaper last week:

I’m proud of Steph for standing up for what he believes in.

It’s a tough situation for CEOs. You want to make nice with the President because you’re a public company and you have shareholders, and it’s hard to balance doing the right financial thing versus doing what they think is the right thing, whatever your political beliefs are. It’s not an easy position to be in.

Or Trump may have been irritated that Cuban was mentioned in a New York Post story as a possible challenger for Trump in the 2020 Presidential campaign.

A US-born NASA scientist has been detained and interrogated on his return to US.

Sidd Bikkannavar, an Indian citizen and employee of NASA’s Jet Propulsion Laboratory, flew back into Houston, Texas on January 30 after a two-week trip racing solar-powered cars in Chile.

He was detained by US Customs and Border Patrol and pressured to give agents his NASA-issued phone and access PIN. The phone was returned to him after it was searched by CBP, but the scientist does not know exactly what senstive information might have been taken.

The detention was not directly connected with the Republican administration’s “Muslim Ban”, but CBP have elevated questioning of travellers whether or not they were covered by the executive order issued on January 27.

The Council on American-Islamic Relations has filed complaints against CBP for demanding that Muslim American citizens give up their social media information when they return home from overseas.

In a statement this week, Homeland Security Secretary John Kelly told a House of Representatives committee, “We want to get on their social media, with passwords: What do you do, what do you say? If they don’t want to cooperate then you don’t come in.”