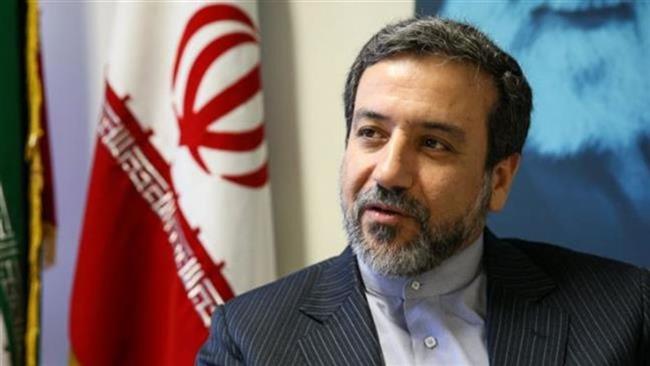 PHOTO: Deputy Foreign Minister Abbas Araqchi “If US President decides to tear nuclear deal to pieces, we will set fire to it”

Iran has cautioned US President-elect Donald Trump that Tehran will not renegotiate the July 2015 deal over the Islamic Republic’s nuclear program.

Speaking on Sunday on the anniversary of the implementation of the agreement, Deputy Foreign Minister Abbas Araqchi said:

If the [incoming] US President decides to put aside the JCPOA [Joint Comprehensive Plan of Action], it will be up to him but it has to accept its consequences and there will be no other negotiation and Iran will never attend such talks again.

The JCPOA is over and if the US President decides to tear it to pieces, our reaction will be clear…we will set fire to it.

Trump said during his campaign that he would “rip up” a “bad deal”; however, his current position is unclear, and his designated Defense Secretary, General James Mattis, has warned against leaving the agreement. Leading Republicans in Congress have called for a renegotiation to toughen the terms.

In the agreement, Iran agreed to give up all of its higher-enriched 20% uranium and to limit its 3.5% stock to no more than 300 kg. The Islamic Republic also suspended research and development of advanced nuclear centrifuges and re-designed its under-construction heavy-water Arak reactor to restrict plutonium by-product.

In return, the 5+1 Powers (US, UK, France, Germany, Russia, and China) agreed to the lifting of UN, US, and European sanctions. However, American financial restrictions remain, hindering the Rouhani Government’s attempt to revive the Iranian economy after years of inflation and little or no growth.

Araghi said on Sunday that the US “wanted to bring Iran’s nuclear enrichment to zero level but Iran underlined that it will never suspend nuclear enrichment even for a single day”. He said any talks and the 5+1 Powers will be on “very minor technical issues”, while Tehran’s focus with Washington will be on “such issues as banking interactions”.

He concluded, “If they [the US] make such a decision [to discard the JCPOA], I should say strongly that we are ready for all scenarios.”

Those attending a memorial ceremony for former President Hashemi Rafsanjani on Sunday include the grandson of the founder of the Islamic Republic, Seyed Hassan Khomeini (left), and Foreign Minister Mohammad Javad Zarif (second from right):

Rafsanjani, a leading figure in Iranian politics for almost 40 years and a key ally of President Hassan Rouhani, suddenly died last Monday at the age of 83.