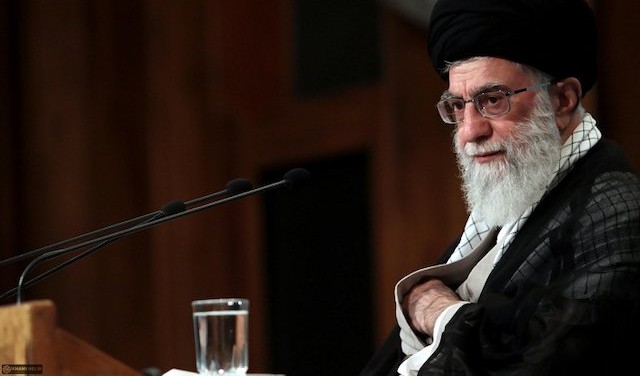 Iran’s Supreme Leader has called upon Muslim students in Europe to help the Islamic Republic in its “asymmetric war” with foes.

In a message to the annual meeting of Islamic Associations of Students in Europe on Friday, Ayatollah Khamenei said:

You have no excuses. What is expected from you, dear ones, is something more than scientific, religious, and ethical self-improvement.

It is expected that you make an impact on your surroundings and attract more followers to the path of God through words and deeds.

Khamenei said that this is the duty of all Muslims in the “asymmetric war” between “arrogant powers” and the “raised flag of pure Islam”.

Civil rights advocate Aso Rostami — whose initial trial with three other activists lasted “barely 10 minutes” — has been released from prison after serving two wars for engaging in peaceful activism.

The 16 months Rostami spent in detention prior to being sentenced was counted as time served.

Rostami and co-defendants Atena Daemi, Omid Alishenas, and Ali Nouri were given sentences of 7 to 14 years in March 2015. They were charged with “assembly and collusion against national security” and “insulting the Supreme Leader”.

In October 2016, the Appeals Court reduced the sentences of Rostami and Ali Nouri to two years each and of Daemi and Alishenas to seven years each.