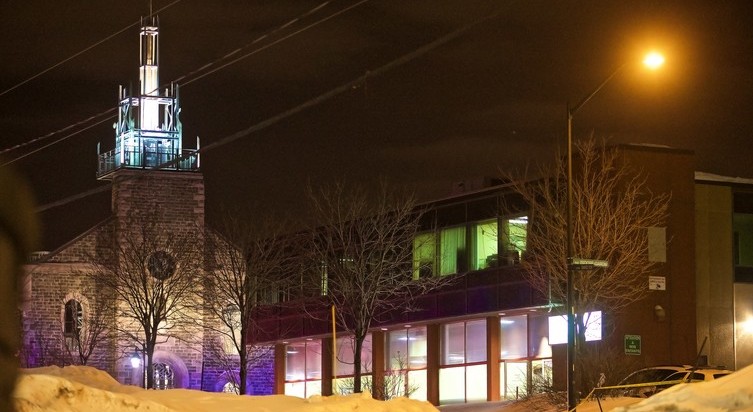 PHOTO: The Grand Mosque in Quebec, where six people were killed by a gunman on Sunday

The shocking attack on a mosque in Quebec City, the capital of the Canadian province of Quebec, has been condemned as terrorism by both Canadian Prime Minister Justin Trudeau and Quebec Premier Philippe Couillard.

The attack is being investigated by the Quebec version of the Integrated National Security Enforcement Team, a combination of a number of Canadian security agencies including police forces and the Canadian Security Intelligence Service. This also suggests the authorities believe the violence to be motivated by terrorism. If it is indeed a terrorist attack, it is the worst to unfold in Canada, in terms of a loss of life, for at least 25 years.

Attacking a mosque seems like the ultimate un-Canadian atrocity. After all, Canada has a powerful international reputation for tolerance. Trudeau has received widespread praise for welcoming Syrian refugees to Canada, even as the United States closes its doors.

Canada, however, is not immune from the same forces driving fear and anger toward Muslim minorities in a number of Western countries. Incidents of vandalism have occurred at mosques across Canada. The Quebec mosque at the centre of this attack was itself the site of one such incident in the summer of 2016, when a pig’s head was left there. In November 2015, a mosque in Peterborough, Ontario was destroyed by arson.

There is also a broader backlash against Muslims within Canada. Some of it emanates from concern about Islamist terrorism, including two high profile lone-actor terrorist attacks within Canada in October 2014. But it also connects to suspicion around Muslim religious practices and anxiety about increasing diversity within Canada.

In October 2016, a far-right group based in Quebec unveiled a banner at the province’s legislative assembly which said in French: “Death to terrorists; Muslims out.” The Canadian Broadcasting Corporation ran a series of articles on the growth of the far right in Quebec and the focus of its vitriol on Muslims and Islam.

More broadly, some of the backlash against Muslims has moved into the political mainstream, mainly but not exclusively in Quebec. In 2013, while in power, the Parti Québécois (PQ) government, under the leadership of Pauline Marois, proposed a “Charter of Values” for the province which would emphasise the secular nature of Quebec society and ban the wearing of religious symbols among civil servants. Although not specifically directed at Muslims, much of the accompanying rhetoric focused on clothing such as hijabs, niqabs, and burkas. Despite receiving widespread criticism, polls showed a majority of Quebeckers supported the legislation.

The PQ ultimately lost the election and the new Liberal government of Philippe Couillard promised to replace the Charter of Values with more moderate legislation. However, more recently, another Quebec political party, Coalition Avenir Québec, ran an ad saying that its political opponents were in favour of teachers wearing chadors in schools.

At the federal level, during the 2015 general election, concern about terrorism was a key issue but that was extended into worries about the integration of immigrants coming to Canada. A hotline to report “barbaric cultural practices” was proposed during the campaign by the Conservatives. The party subsequently lost to the Liberals, led by Trudeau, but they don’t appear to have abandoned the stance. Kellie Leitch, one of those connected with the “barbaric cultural practices” policy, is currently running to be leader of the Conservative Party. One of her main proposals is that immigrants to Canada be screened for “anti-Canadian values” – a measure viewed as being mainly directed against Muslims.

If the attack in Quebec is indeed terrorism motivated by Islamophobia, how Canada responds will be crucial. Politicians will need to reflect on the rhetoric they use and the atmosphere it assists in creating. Security agencies, such as CSIS and the Royal Canadian Mounted Police, will need to assess whether they have been paying enough attention to the potential for far-right violence.

And the Canadian public will need to recognise that no single community has a monopoly on terrorism – and that prejudice can lead to murder.