Iran Daily: “We Must Strengthen Alliance with Russia and Turkey” 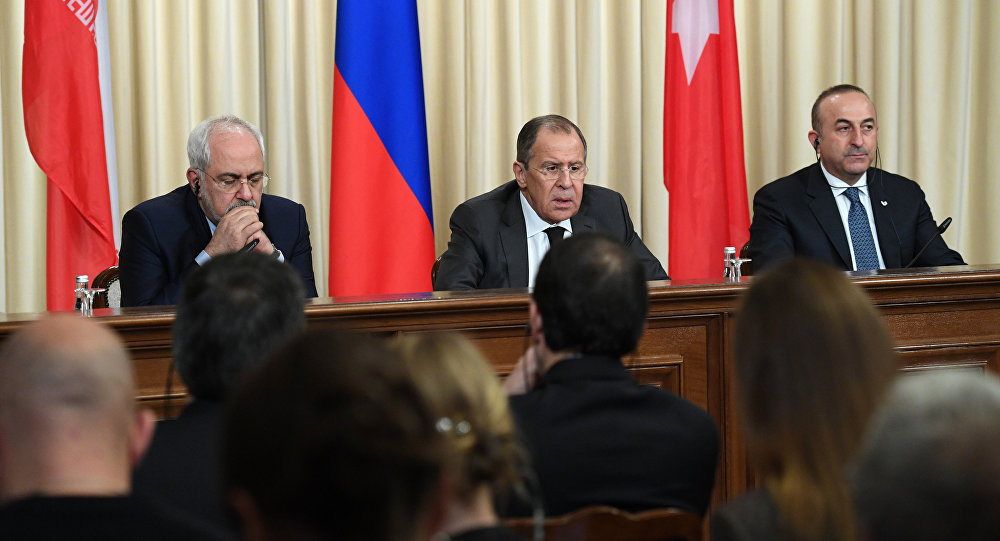 Amid Iran’s developing intervention in Syria, a senior Iranian offical has said that an alliance with Russia and Turkey “must be strengthened”.

In a notable political shift, Iran has been engaged since the summer in discussions with Moscow and Ankara over the next steps in Syria’s 69-month conflict. The latest talks, including a summit of Foreign and Defense Ministers in Moscow on Tuesday, came as pro-Assad forces — including Iranian troops and Iranian-led militia, enabled by Russian airstrikes since September 2015 — reoccupied Syria’s largest city Aleppo.

Iran and Russia have been essential supporters of the Assad regime since the Syrian uprising began in March 2011. Turkey has been a leading backer of the Syrian opposition and rebels; however, it apparently cut a deal with Moscow this summer in which Ankara would accept the pro-Assad reoccupation of Aleppo city if Russia acceded to a Turkish intervention alongside rebels in Aleppo Province.

Mohsen Rezaei, the Secretary of the Expediency Council and a former Revolutionary Guards commander, said on Thursday:

This three-way alliance must be strengthened in the short term… The Turkish government is concerned about America, and this country [Turkey] is facing two different paths….

The liberation of Aleppo shows that the Islamic Republic’s foreign policy in Syria and Iraq has been entirely logical. From the beginning, we stated that the legitimate government of Syria must be recognized and that any intervention is doomed to fail.

While hailing “victory” in Aleppo, the Iranian regime has expressed concern about the next stage of the Syrian conflict, particularly Russia’s position. The two sides may differ on whether President Assad should be supported in his ambition of crushing the opposition and rebels in remaining areas, including Idlib Province in northwest Syria.

Ali Shamkhani, the Secretary of the National Security Council, has displayed that concern by twice condeming a UN Security Council resolution — unanimously passed after a compromise between Russia and France — mandating international monitors in Aleppo.

The Supreme Leader’s top aide, Ali Akbar Velayati, preferred on Thursday to emphasize the absence of the US from the Russian-Iranian-Turkish discussions: Speaking after a meeting with the Syrian Ambassador to Iran, Adnan Hassan Mahmoud, Velayati said:

Recent developments show that tremendous gains such as the fight against terrorism and extremism in the region can be achieved without America and the West.

Efforts must made to preserve these continuous victories, as the enemies will make greater efforts to defeat the Resistance.

Senior MP: US Behind Assassination of Russian Ambassador to Turkey

A leading MP has claimed that the US was behind Monday’s assassination of the Russian Ambassador to Turkey.

Alaeedin Boroujerdi, the chair of Parliament’s National Security Commission, said on Friday that the US acted out of displeasure with the warming relationship between Turkey and Russia. He claimed the assassination was a warning to Turkish officials to follow Washington’s approach.

There is no evidence to support Boroujerdi’s claim.

The US Ambassador to Turkey, John Bass, said in an interview:

With respect to these allegations that I’ve seen being raised in the Turkish media somehow implicating US government involvement, I categorically deny those claims. There is no evidence to support that and I think it’s an outrageous claim that has no basis in evidence.