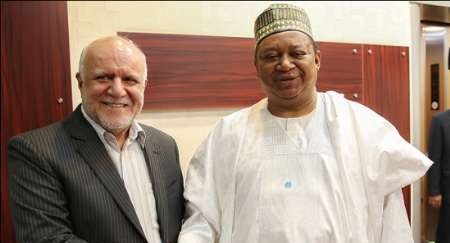 Iran’s officials are continuing their pursuit of a deal with OPEC guaranteeing the increased level of Iranian oil production and exports.

On Friday, OPEC ministers gathered in Qatar in a special session, ahead of the organization’s November 30 meeting. Discussion centered again on a proposal, debated for months, for a freeze in production to prop up the global oil price.

Iran has fought against any freeze that would prevent its recovery, following years of US and European sanctions that cut the Islamic Republic’s exports up to 60%. Since January’s implementation of the July 2015 nuclear deal, Iranian production has recovered to more than 3.6 million barrels per day and exports to just under 2 million bpd.

Reports from the Doha meeting indicated that agreement was nearing on a cut which would still allow Iranian production of up to 3.92 million bpd. Both Russia and Saudi Arabia — seen as Iran’s chief rival in the region — welcomed progress in the talks.

Iranian officials and media were more reserved in initial comment, but Oil Minister Bijan Namdar Zanganeh later said that the meeting had been a productive one.

Consensus in Algiers [in OPEC’s meeeting in September] was not possible without the constructive engagement and the leadership role of Iran, that was represented in the meeting by Zangeneh.

I remain cautiously optimistic for having a successful meeting in Vienna [on November 30]….

I remain personally grateful to [Zanganeh] for the flexibility he showed in Algiers and the accommodation and the leadership role he played to ensure we come out of Algiers with an agreement.

However, Barkindo indicated that Iranian compromise could be needed for a final resolution: “It is not a coincidence that I came back to Iran before the Vienna meeting, I came to exchange views with Mr Zangeneh and…to even respectfully ask him to show more flexibility in Vienna in November so that we can implement the Algiers accord.”