US Analysis: Will Trump Break the Republican Party? 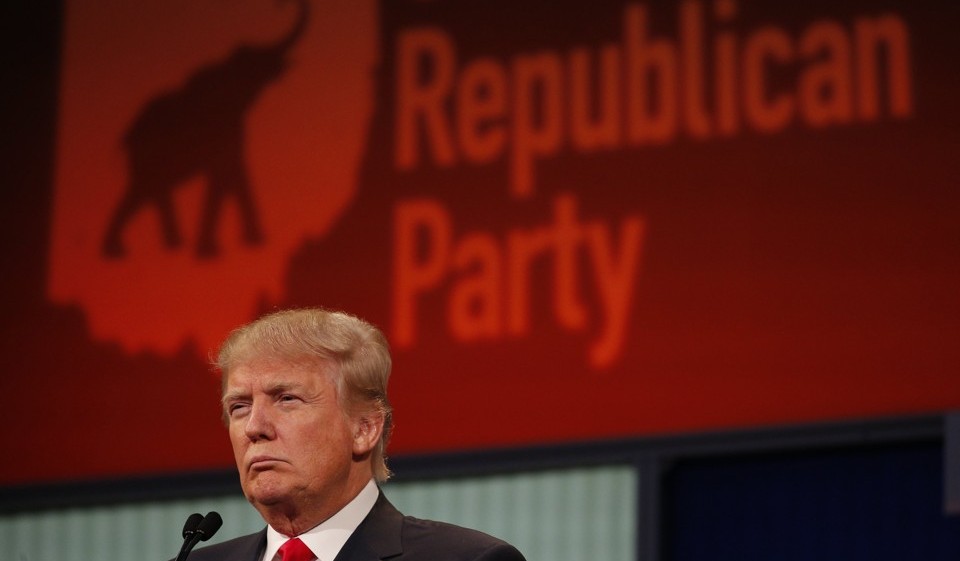 Michael Knigge writes for Deutsche Welle, with a contribution from EA:

That Presidential nominees and their parties are not always exactly on the same page is not unusual. In fact, political differences between the candidate and segments of his or her party are quite common. Usually though, both sides try to iron out those differences as best as they can as soon as the dust from the primaries has settled and the national election campaign rolls around.

Even when party members have serious misgivings about the candidate, as many Republicans had with the very conservative Barry Goldwater in 1964 and many Democrats had with the very progressive George McGovern in 1972, party and candidate at least nominally still work together.

That’s why the current public feud and split between Republican Presidential candidate Donald Trump and his party is unparalleled and has stunned scholars of US politics.

“We are in uncharted waters,” said Scott Lucas, a professor of American Studies at the University of Birmingham in Britain.

Nigel Bowles, the former director of Oxford University’s Rothermere American Institute, called the rift between Trump and his party “without precedent in the post-war period.”

But as remarkable as the split and the very public way it was carried out tweet by tweet – mainly by Donald Trump himself – was, that it would happen should not come as a big surprise to anyone following the election campaign.

The very foul mouthed Sen. John McCain begged for my support during his primary (I gave, he won), then dropped me over locker room remarks!

Disloyal R's are far more difficult than Crooked Hillary. They come at you from all sides. They don’t know how to win – I will teach them!

After all, Trump and the Republican Party’s leadership have been at odds from the very beginning of the campaign. From the get go, Trump had repeatedly threatened his party with an independent bid if he felt himself being treated unfairly be the establishment.

From the party’s perspective, Trump’s entire campaign including his treatments of fellow Republicans like John McCain had not only caused consternation among many members. It had even pushed many top Republicans to publicly disavow the candidate long before the publication of the recent audio that caused Republican leaders like Paul Ryan and John McCain to publicly break with Trump as well.

“The audio tape was just the big catalyst to bring this to the fore,” said Lucas. The reason why the Republican leadership is now cutting itself loose from Trump is simple: fear.

House Speaker Paul Ryan and his Senate colleague Mitch McConnell are deeply concerned that the Republican Party’s majority, especially in the Senate and perhaps in the House, is now in danger. “And they are focusing on that because they are absolutely convinced that Trump will lose the election,” said Bowles. “A lot of Republican senators and representatives are going to be in close races and they think that Trump can drag them under,” added Lucas.

Put differently, the party’s leadership has given up on Trump and switched to damage control mode. But that could prove to be a lost cause as Donald Trump has effectively taken a wrecking ball to the fragile construct that is the Republican Party.

What we know as the Republican Party since roughly the 1970s is actually a coalition of three distinct groups, argue the experts. While these groups – wealthy Republicans primarily interested in economic issues and lower tax rates, evangelical Christians, and white working class people whose real incomes have in many cases been declining for decades – have some overlapping concerns, their interests often diverge.

“There is no theoretical or historic reason to suppose that that coalition should in the long run be stable,” said Bowles. “The wonder is not that it is now breaking apart, the wonder is that it has taken such a long time to break apart.”

The Republican Party has already been a split party over economic and social issues for well over a generation, said Lucas: “The beauty of Ronald Reagan was that he was just able to hold the party together despite that split in the 1980s.”

What Republican icon Ronald Reagan managed to hold together Donald Trump has now taken apart. His campaign centered only on mobilizing the party’s white working class base while alienating the GOP’s other constituencies as well as undecided voters, noted the scholars.

“Trump is the abuser, a serial abuser,” said Lucas. “But what the Republican Party did is they enabled the abuse. They underestimated Trump’s ability to galvanize a significant minority of people.”

“It’s quite clear who has broken it,” said Bowles. “It’s quite clear that Donald Trump has been the architect of the breakdown. The question for the Republican Party in the medium term is whether the party can be put back together again. And I would think that rather unlikely.”