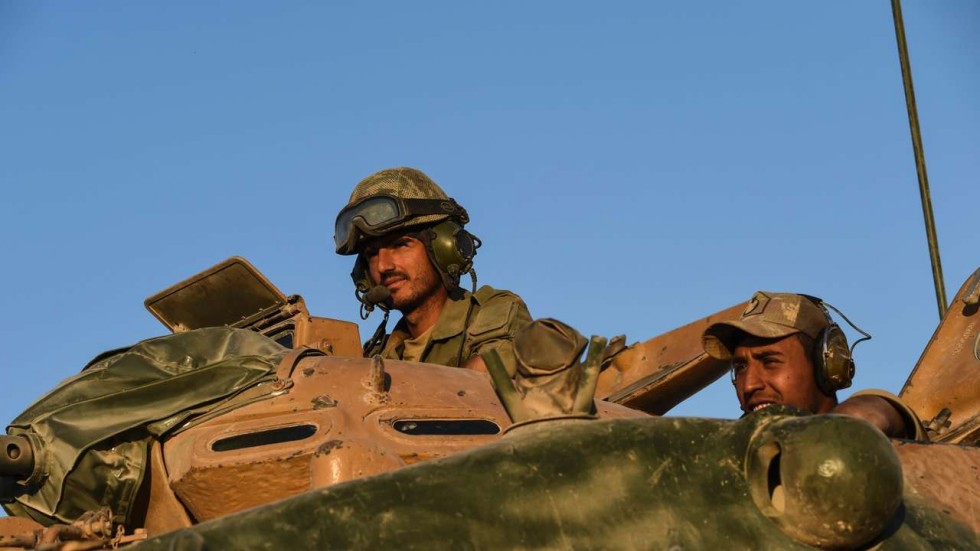 PHOTO: A Turkish soldier operates a tank alongside rebels in northern Syria in late August

Soon after Turkey’s intervention alongside rebels in northern Syria, pushing back both the Islamic State and the Kurdish-led Syrian Democratic Forces, I spoke with Malaysia’s BFM Radio.

The podcast was only released on Thursday; however, the discussion still offers essential background and context for the change in the Syrian conflict because of Turkey’s move, along with the US-Russia attempt for a ceasefire.

Your browser does not support native audio, but you can download this MP3 to listen on your device.