Britain & Europe Analysis: 4 Europeans to Watch in the Brexit Negotiations 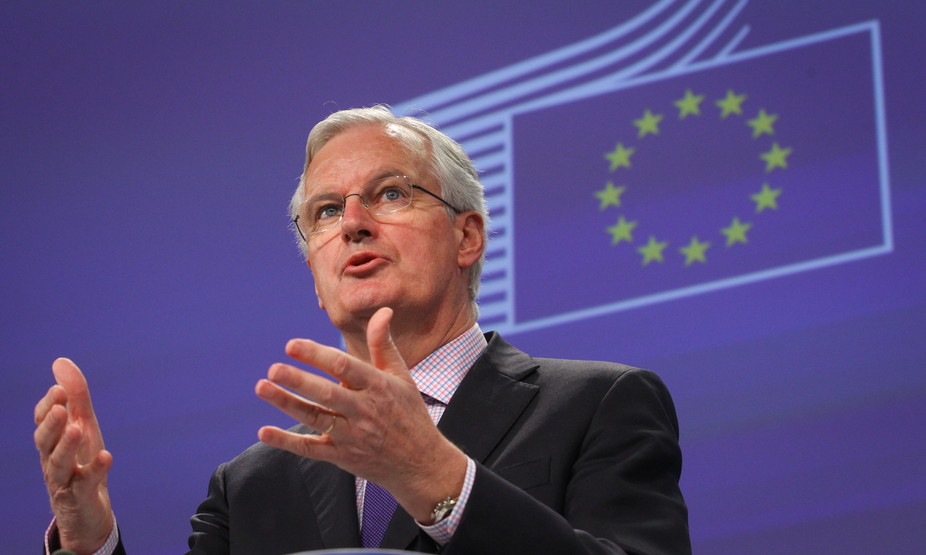 As the UK lurches towards a possible exit from the European Union — wanting all the benefits of a single market but without the requirement of free movement of EU citizens — academics write for The Conversation about four key Europeans to watch in the negotiations:

Although the UK has yet to announce when it will trigger the all-important Article 50, which will start the process of it leaving the European Union, diplomats on the continent are getting ready for kick-off. Here we profile four people – two Germans, a Frenchman and a Belgian – who are likely to play a part in shaping the way Brexit negotiations will play out.

Chief Negotiator for the European Commission on Article 50

The nomination of Michel Barnier in July to head European Commission president Jean-Claude Juncker’s task force on Brexit negotiations raised eyebrows and a few hackles in Britain. The right-wing press depicted the Brussels insider as an “arch federalist”. He has been an EU commissioner twice, most recently in charge of the single market from 2010 to 2014, and is known in the UK as the architect of banking union.

But Barnier has been at pains in his recent writing to distinguish himself from both what he sees as a British-style narrow agenda for the EU and a federalist expansive view of it. Instead, he has sought to promote a strong European economy and industry in a world of regional economic blocs: as he put it in his 2014 book, “less regulation and more policy”. Commentators agree that his task force, which will start work on October 1, shows that Juncker’s commission means business.

Two things are of note here: first, Barnier’s team shows a strong Franco-German political leadership, with the appointment of current trade commissioner Sabine Weyand as his deputy, and experienced commission official, Stéphanie Riso as his chief advisor. Second, all concerned have strong links with the single market, intra-EU trade and external trade negotiations. The level of specialist knowledge, experience and networks they have to hand will be difficult to match on the British side.

Barnier also has strong links with the French political establishment, maintained over a long career in politics (he was the youngest MP in Parliament at the age of 27 in 1978). This means that he will have a close working relationship with any of the likely presidential candidates of France’s right-wing party Les Republicans who currently look best-placed to beat the Front National in next year’s executive elections.

At the moment, France’s relationship with the UK is mired in acrimony over the Calais migrant crisis which will intensify as the elections loom, creating another headache for Brexit negotiators. Any incoming French President is likely to push for a tough line on allowing Britain to retain access to the single market.

by Susan Milner, Reader in European Politics, University of Bath

Head of Cabinet for Jean-Claude Juncker

EU President Jean-Claude Juncker’s right-hand man, Martin Selmayr, is well-placed to set the parameters of the Brexit negotiations. A professor of European law, Selmayr was appointed Juncker’s head of cabinet in 2014. There his responsibilities include overall management of the cabinet and legal and communications strategy. Fiercely competent, ruthless and abrasive, Selmayr is a staunch European federalist who believes that the UK has long obstructed European integration and that Brexit will promote European unity.

Selmayr is best known in Britain for his comment that the prospect of Boris Johnson as UK Prime Minister would be a “horror scenario”. Selmayr enjoys links to the German media and to Angela Merkel’s Chief of Staff Peter Altmaier, but some believe he may be taking too much of a political risk in confounding Germany’s leadership role in EU internal matters. Certainly, Germany has been keen to avoid the Commission dominating the Brexit process for fear that hardliners Juncker and Selmayr would adopt a confrontational and uncompromising stance against the UK.

EU member-state governments were quick to block an attempt by Selmayr to appoint himself as the coordinator of Brexit negotiations for the European Council – a job that Council President Donald Tusk gave to the Belgian Didier Seeuws. But Selmayr remains in an ideal position to shape the commission task-force once the exit clause is triggered by the UK.

by Patricia Hogwood, Reader in European Politics, University of Westminster

A spearhead of the federalist movement within the European Parliament, Belgian’s former Prime Minister Guy Verhofstadt enjoys great popularity both in Belgium and the EU and substantial experience in negotiating both at the national and EU levels. But his appointment as the parliament’s chief negotiator on Brexit, sparked criticism from UK eurosceptics, with the former UKIP leader Nigel Farage branding him a “fanatic”.

At the age of just 29 he became President of the Flemish Liberal Party of Belgium and quickly became a major political player. As prime minister between 1999 and 2008 he was already looking towards Europe – and in 2006 wrote a book called the United States of Europe. But in 2004, the then UK Prime Minister Tony Blair refused to back him as a candidate to succeed Romano Prodi as European Commission President, despite the fact that he had had early support from French President Jacques Chirac and German Chancellor Gerhard Schröder.

Five years later, he entered the European Parliament as an MEP, where he’s been holding the chairmanship of the Alliance of Liberals and Democrats for Europe (ALDE) group ever since. He has built up a reputation as a fierce partisan of a federal Europe. Popular among his peers, he co-founded the Spinelli Group in 2010 – a network of organisations working for greater federalism in Europe – and in 2014 was the ALDE party nominee for the European Commission Presidency.

In the UK, Verhofstadt is known for his arguments within the European Parliament with eurosceptics and nationalists over the future of Europe. Since his appointment, he has been frank about his negotiating position, in particular, insisting the Parliament would refuse a deal which would allow the UK to enjoy access to the single market while opting out of the free movement of people.

No doubt that over the forthcoming discussions, Verhofstadt will be a tough and experienced negotiator.

As soon as the EU referendum result became known, it was clear that Germany would play a key role in the Brexit negotiations. In Germany, an issue exists only when it has legal status. This means that there will be no formal designation of a Brexit negotiating team until the UK triggers Article 50 of the Lisbon Treaty, formally launching the exit process. In the meantime, Germany’s de facto spokesperson on Brexit is Michael Roth.

A committed Protestant and member of the Social Democratic Party (SPD), Roth has been an MP since 1998. He was made European Affairs mMinister in 2013, aged 43. As a secretary of state or junior minister, to the public Roth is little known outside his home region of Hessen, but is recognised in political circles as one of the most influential upcoming politicians in Chancellor Angela Merkel’s cabinet.

Young, dynamic and confident, Roth claims to be “heart and guts” for Europe. On Brexit, Roth is a moderate, conceding that the EU will need to work out a “special status” for the UK after Brexit on account of the country’s size, its economic weight, and the length of its membership of the EU. At the same time, though, he has stressed that a close relationship would not allow UK “cherry picking” and there would be no access to the EU free market without the free movement of people. He insists that the UK needs to be ready to negotiate at the start of 2017.

by Patricia Hogwood, Reader in European Politics, University of Westminster