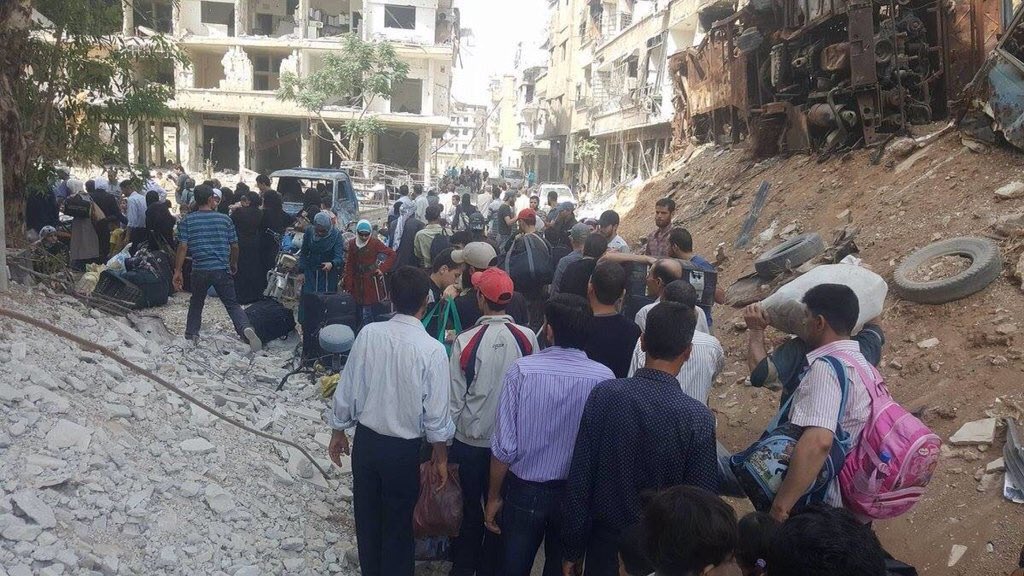 The opposition in Darayya, southwest of Syria’s capital Damascus, has surrendered to the Assad regime after 45 months of siege and bombardment.

Talks, begun on Wednesday with a delegation from the Syrian military, concluded yesterday in an agreement for the evacuation of about 5,000 residents to nearby Government-controlled towns. The remaining 700 to 1,000 rebels will leave for opposition-held Idlib Province in northwest Syria the following day.

Captain Abu Jamal, the head of Liwa Shuhada al-Islam, the largest of the two rebel groups inside the town, said:

We got the freedom of getting civilians to leave freely to liberated areas or wherever they want. Otherwise it would have been a final surrender with the regime taking us as prisoners of war and sending civilians to an unknown fate

Hamam al Sukri, a resident who lived in a basement with his six-member family, reacted to the news:

It’s difficult to describe my feelings, we kept holding on for four years to the last breath. The city was destroyed over our heads and we are now not leaving a city but a pile of rubble. 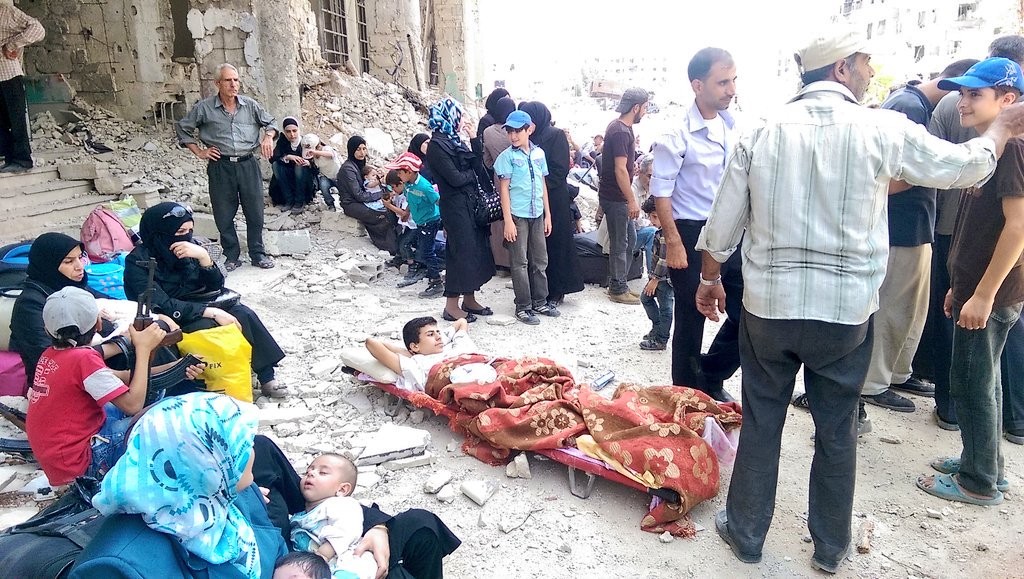 The Syrian military surrounded Darayya in November 2012 after the opposition took control of the suburb and established its own council. Air attacks have escalated this year, with thousands of barrel bombs, missiles, and rockets fired as pro-Assad forces tried to overrun the suburb on the ground.

The surrender came on the fourth anniversary of a mass killing by the Syrian military, who left hundreds dead after house-to-house raids.

The Syrian military first burned the farmland needed to provide food during the siege, then occupied it this spring in their ground advance. Meanwhile, the regime blocked the UN’s attempts to get aid into the town — one token shipment was allowed in June, but it was followed within hours by more shelling. Negotiations were carried out periodically through the summer for a ceasefire in which the residents would accept regime conditions, including reoccupation by pro-Assad troops, and rebels would leave the area.

Despite the daily bombing and artillery attacks, resistance continued to prevent a full takeover by regime forces. However, in recent weeks, civilians and rebels were penned into an area of a few square blocks with no access to any food or supplies. The regime began using incendiary “napalm-type” weapons and destroyed the town’s last hospital with a series of airstrikes last week.

Regime troops take a selfie amid the destruction: 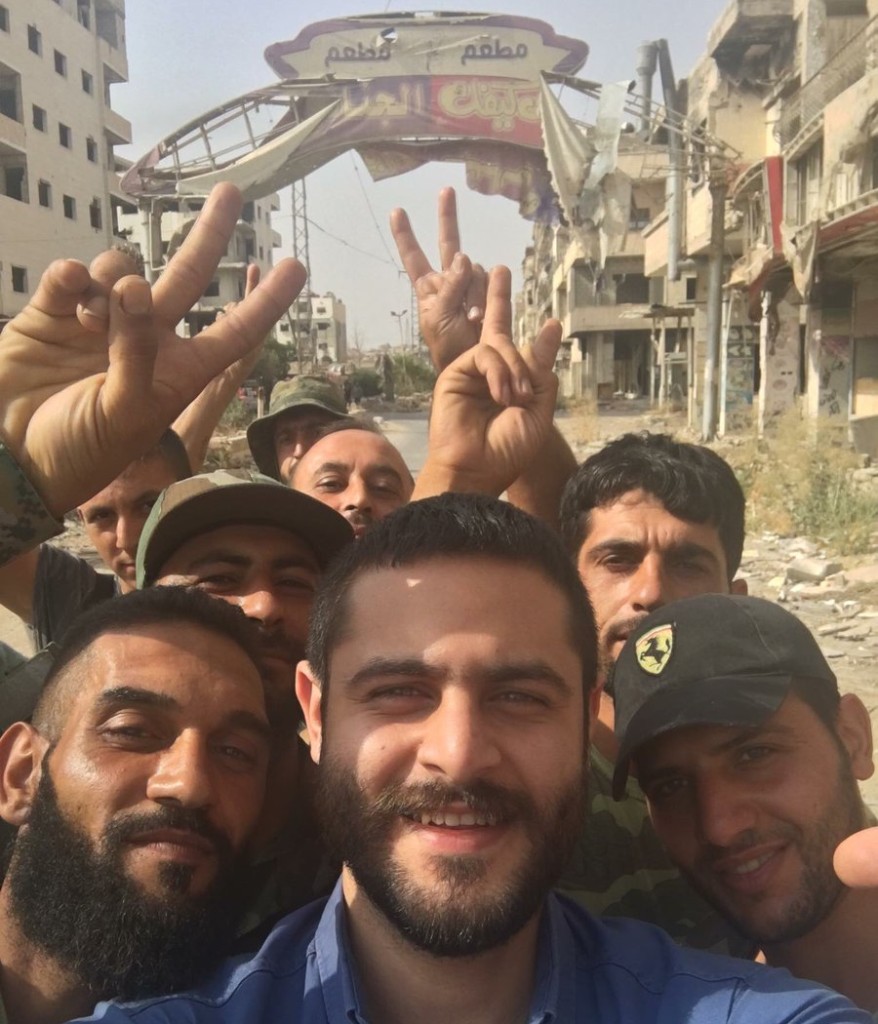 For four years Darayya was under siege and the international community did nothing. Four years and the United Nations couldn’t provide any humanitarian aid, except once.

Criticism was also directed at the Southern Front rebel bloc, which has not provided any assistance to Darayya’s defense for months. The Front has reportedly been hamstrung by the US-led Military Operations Center in Jordan, which has threatened to withdraw all aid if the bloc pursues unauthorized operations.

Journalist Emma Beals summarized the anger in a series of tweets:

Absolutely inexcusable regime's starve and siege tactic was allowed to be enacted of people of #Darayya on the UN's watch. /5

Women and children appeal to the international community, March 2016 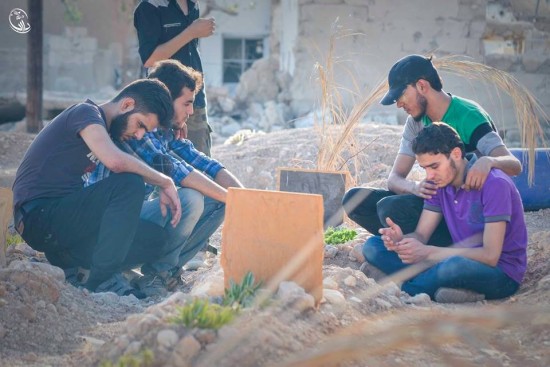 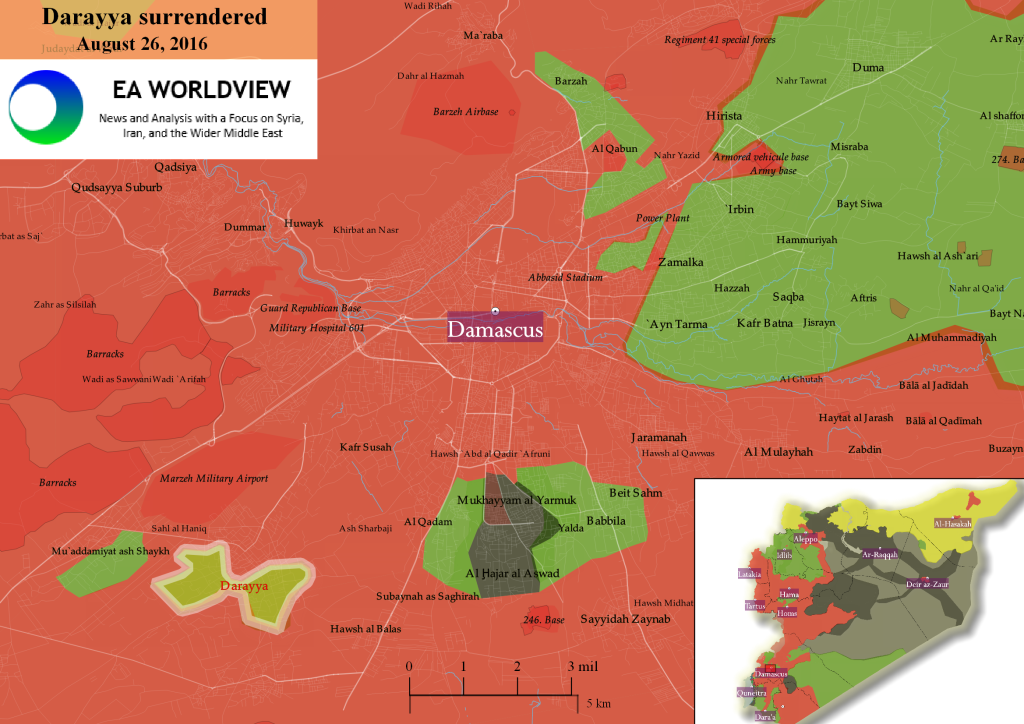 Another image of the removal: 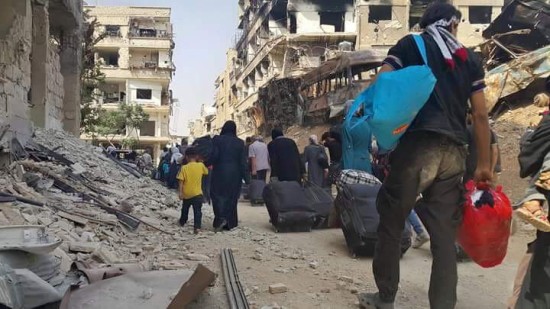 Video: Tour of Jarablus After Rebels Capture Town from ISIS

A tour of Jarablus, the border town captured by Turkish-supported rebels from the Islamic State on Wednesday — at the 1:45 mark, a Free Syrian Army fighter shows the area where ISIS put up the heads of those they executed:

In a possible sign of displeasure with Turkey’s intervention alongside rebels in northern Syria, the Russian military has postponed a meeting with Turkish counterparts which was scheduled for Thursday.

The meeting was supposed to be part of a reconciliation marked earlier this month by an apology by President Recep Tayyip Erdoğan for Turkey’s downing of a Russian warplane near the Turkish-Syrian border last November, and then by Erdoğan’s visit to President Vladimir Putin in Moscow.

After the visit, Ankara announced that diplomatic, military, and intelligence personnel would meet with Russian counterparts to discuss the fight against the Islamic State and a process for a political resolution.

There are reports of clashes between Turkish-supported rebels and Kurdish militia across northern Syria, a day after Ankara’s intervention helped rebels take the ISIS-controlled border city of Jarablus.

Rebels fought with the Kurdish YPG militia in the village of Amarinah, about 3 km (2 miles) south of Jarablus. Turkish artillery shelled the YPG-held Mennagh Airbase in Aleppo Province, while in northwest Syria, the YPG attacked from the Kurdish Afrin canton, only to pull back amid Turkish artillery fire. Pro-opposition activists said an attempt to cut the corridor between Azaz and Marea in northern Aleppo Province was repulsed.