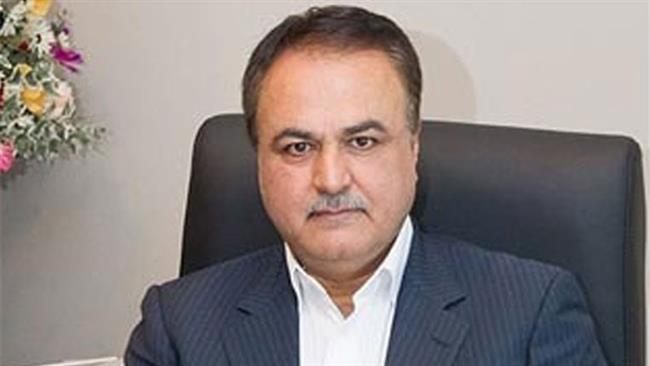 Iran’s Revolutionary Guards have made their first high-profile arrest in the salaries scandal that has engulfed the Islamic Republic’s politics.

The Guards detained Ali Rastegar Sorkhe’i, the former managing director of Bank Mellat, and his deputy for international affairs on Tuesday.

Sorkhe’i was one of four bank heads removed earlier this month over his implication in the “payslips scandal”, which exposed the exorbitant salaries, large bonuses, and perquisites of Government officials, executives, bankers, and doctors.

President Rouhani ordered an inquiry, led by 1st Vice President Eshaq Jahangiri, into the affair. The report has been delivered and Rouhani has promised action in an open letter to the Iranian people.

From Scandal to Political In-Fighting

The scandal broke in May when the Mizan news agency published the payment slips of eight managers of the State-owned Central Insurance Company. Annual bonuses of more than $50,000 were contrasted with the average wage of $200 per month for about seven million workers.

The chief executive of the company, Mohammad Ebrahim Amin, resigned; however, the controversy grew when Iranian media published the salaries, bonuses, and interest-free loans of others in both the State and private sectors. Managers in health care were revealed to have monthly wages of more than $200,000.

The Supreme Leader then demanded action:

The issue of astronomical salaries is in fact an attack on our values, but everyone should know that they are among the exceptions.

This issue must not be delayed. It should be seriously followed up and the people must be informed of the results.

The dismissal of the bankers and Tuesday’s arrest of Sorkhe’i is unlikely to end the political fallout.

Hardliners have accused Rouhani’s brother Hossein Fereydoun, of intervention to put a friend in charge of the Refah bank. The Kayhan newspaper alleged that Vice President Jahangiri was awarded a bonus of about $200,000 from a State-run cement factory.

Government supports accused generals in the Revolutionary Guards and staff in the Supreme Leader’s office of receiving similar wages.

A spokesman for the Revolutionary Guards denied the charges but refused to divulge the salaries of military commanders, saying they were “state secrets”.