Britain Beginner’s Guide: Why Brexit’s Weaker Pound May Not Be Good News 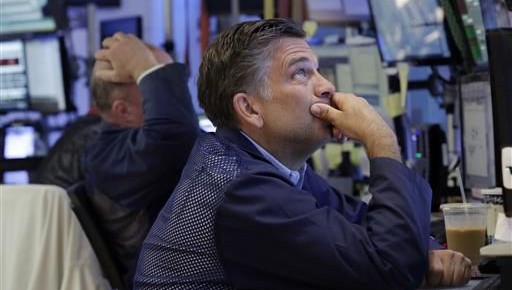 PHOTO: Worried? Lower British pound will only add to damage to financial services

Throughout the debate over the UK’s referendum on European Union membership, the Leave campaign tried to dismiss the near-unanimous economic analysis that Brexit would damage the British economy with a simple claim: the likely fall in the pound sterling would make the UK’s exports cheaper around the world, so British trade would soar and more than replace the loss of business with the EU.

This was always a misleading argument. The level of the British currency is only one of many factors influencing exports. Just as important, and probably more so, is the base of production and financial services — a base that is likely to be damaged by Brexit.

But, during a campaign loud on noise and short on considered argument, Leave could get away with its pitch of a magic export potion from the declining pound. It is only now that people may take stock of the reality.

Duncan Connors of Durham University explains in The Conversation:

The value of the pound dropped off a small cliff when it became clear that Britain had voted to leave the European Union. This is not necessarily a bad thing. Simple economics dictates that a falling currency is good for exports – so in theory the fall could be beneficial for the UK economy.

But currency movements in either direction have consequences. If a currency is too weak, then you have an oversupply of money and fast inflationary growth, while if it is too strong you have an undersupply and slow but steady growth.

An oversupply of money reduces the value of a currency and leads to an inflated economy as interest rates are too low and the money is cheap and abundant. This happened in Greece with the euro before the financial crisis when an oversupply of money led to an unstable, inflationary economy.

With an undersupply of money the economy stagnates, as interest rates are too high, the value of a currency increases and money is therefore expensive. This is what happened in the UK during its time in the European Exchange Rate Mechanism (1990 to 1992) and also Greece after 2008 as the euro switched from being too cheap for the country to too expensive.

So the answer to whether or not a fall in your currency is a good thing depends on how and where you spend it, as well as the relationship between your country’s economic activity and the outside world. The claim that a weakened currency makes exports cheaper is true, but this is a short-term gain that comes with a proviso: what about the imports that those exports rely on, such as raw materials?

An estimated 50% of UK exports rely on imported components. These will become more expensive as the pound falls. So the gains made from a growth in exports will be limited.

A weaker currency can have more negative effects, too. It is often associated with low productivity growth and inflation due to an increase in the demand for retail goods and services. Take China’s currency: the renminbi is systematically undervalued to keep its exports competitive, but the country has a problem of low productivity because its products remain cheap without the need for investment in production.

The main issue for the UK, however, is that one of its biggest industries will suffer from the hit to the pound – financial services. Financial services contributed 14.5% towards British GDP in 2014, as opposed to 11% for manufacturing and 7% for construction. Plus, finance is part of an overall service sector that forms 80% of UK GDP. The country’s finance industry is likely to suffer because it is built on foreign investment that puts its faith in a strong pound.

This includes investment in stocks and other financial instruments, government debt and activities such as property investment in London or regional centers such as Manchester. A weak pound will eat into these profits. For example, house prices in London rose by 10.8% in 2015 and yet the pound has fallen by around 12% – so an overseas investor that purchased a London property during the past 12 months effectively had their profits wiped out this week.

And even without major losses this will have an effect on demand. A fall in buyers will lead to lower prices and, if investors offload properties to recoup at least some money, then prices will fall further. 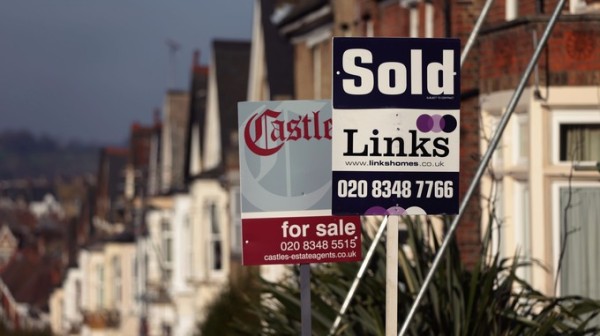 This is a good thing for those priced out of buying a London home by Russian and Chinese plutocrats inflating the London property market as prices in the capital will fall. One of Singapore’s largest lenders has suspended its loan program for London properties, for example, following the 10% rise in its currency against the pound. But if you work in finance or construction there is less reason to celebrate, as the fall in the pound could lead to job losses in these sectors.

In short, whether a fall in the value of a currency is good or bad depends on imports and exports, and the type of economy a country has. As the UK’s economy is centered on an influx of money to invest in its finance industry – which requires a strong currency to produce returns – it will feel the crunch. Claims that the fall in the pound are good for exports fail to take this into account.