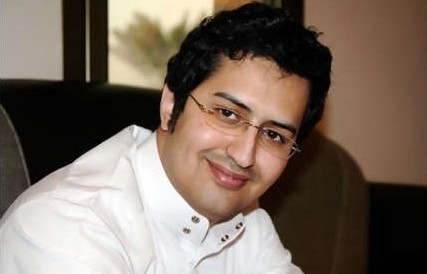 When Saudi Arabia’s Deputy Crown Prince Muhammad bin Salman announced a plan to promote a domestic entertainment industry in April 2016, many observers at home and abroad reacted skeptically. After all, how could a religiously conservative Kingdom, where movie theaters are banned and women cannot drive, produce art or artists?

Nonetheless, a dynamic creative industry now exists in Saudi Arabia and has made tangible contributions on key issues. One of the examples is Dying Twice, an animated film released in late May, which examines how ISIS-inspired religious extremism on social media is poisoning the minds of Saudi youth.

Set in contemporary Riyadh, Dying Twice shows how an ordinary young man, Saif, is infected by Islamic extremism. The tandem of social media and a demon-like creature convince Saif to abandon his job as a store clerk and take up religious violence in the name of Islam. He murders a close friend and blows himself up at a mosque filled with worshipers of all ages, including a young boy. The film’s story is one that Saudis are certain to recognize, for it mirrors the stories of youth who have adopted extremism and killed in the name of their faith in recent years.

The producer of Dying Twice, Malik Nejer, heads Myrkott, one of Saudi Arabia’s top entertainment companies. He is also one of the most influential figures in the Kingdom’s social media, with more than 700,000 followers on Twitter. Over the last decade, Nejer and his animated YouTube satirical videos, featuring animal and human characters, have won a cult following among the Kingdom’s youth for their depiction of critical social issues that are often not discussed elsewhere in Saudi Arabia. Remarkably, Nejer — who has been compared to Seth McFarlane of Family Guy and American Dad! fame — grew up in Dawadmi, a conservative city in central Arabia, where an elementary school teacher once sternly warned him that drawing human images is a sin.

Two powerful scenes in the film link it to the collective memory of Saudis and their arts community. In the first, we see Saif, after sleeping through the night in an unfilled grave, succumb to the arguments and techniques that extremists use to convince young Saudis to kill for their faith. The demon-like figure appears above Saif and asks him, now that he has experienced death in the grave and no longer fears it, whether he is now ready to die for the sake of God. He reminds him he should never question his fundamentalist beliefs, since dying for Islam is the one true path to life with the martyrs in the hereafter — a path, he notes, that even the most fundamentalist of sheikhs are too cowardly to try. This language convinces Saif to pledge his loyalty to the “cleric” and to celebrate the creation of the Islamic State. He goes to a room where he finds a suicide belt and maimed dolls hanging from the ceiling, a foreshadowing of what will soon happen.

In the second scene, Saif visits the arts studio of his friend, Nasser, a soldier who is also a painter and an intellectual with a library packed with books on various subjects. Nasser tries to get Saif to reexamine his extremist beliefs on art and religion and rebukes him for watching an extremist YouTube video on his cell phone. Saif screams that God will punish Nasser for his beliefs, shoots his friend, and puts on his military uniform — a ruse to conceal his identity and presumably to make it easier to stage the suicide bombing.

Critically, the character of Nasser in the film is a reference to Abdul Nasser Gharem, one of the top artists in Saudi Arabia and a friend of Nejer’s. Not only was Gharem an officer in the Saudi army for many years but he also went to high school with Wali al-Shehri and Walid al-Shehri, two of the hijackers who participated in the September 11, 2001 terrorist attacks. Gharem had no formal artistic training until his late 20s, when he started an informal group to discuss art with other professionals living in ‘Abha, a provincial city almost 450 miles southwest of Riyadh. Today Gharem is internationally-renowned, with inclusion a forthcoming exhibit of Saudi art in Houston, Texas and work which has sold for as much as $842,000. He has also pursued anti-extremist projects with Saudi youth.

Explaining the emergence of an artistic movement in Saudi Arabia, artists and creative professionals often cite the factor that many outsiders saw as a barrier: the conservative social environment. In 2015 Marriam Mossalli, a leading Saudi fashion designer, said, “Global brands will learn…that we are an innately creative society. I believe that being brought up in a conservative environment forces us to think outside the box.”

One can hear Mossalli’s words in an interview conducted a year earlier with Ahmed Mater, also a leading Saudi artist, who participated in an artists group with Gharem in ‘Abha:

Now the contemporary artists are re-imagining this place.

Dr. Sean Foley is an Associate Professor of History at Middle Tennessee State University and specializes in the Middle East and the Islamic world. He has published widely and been a Fulbright scholar in Malaysia, Syria, and Turkey. From April 2013 through January 2014, he lived and traveled in Saudi Arabia.

Foley’s first book, The Arab Gulf States: Beyond Oil and Islam, was published by Lynne Rienner Press in 2010. He is now finishing a book on the kingdom that features an extensive discussion of the Saudi arts movement, including the work of Malik Nejer and Abdulnasser Gharem. His website is www.seanfoley.org.