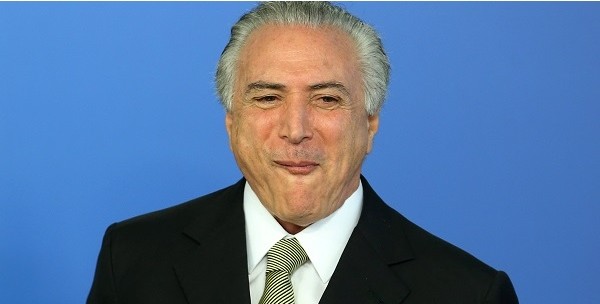 Julian de Medeiros of the University of Kent writes for The Conversation:

Conspiracy theories are never true. Or are they? That question has been settled for Brazilians by a leaked recording in which now-resigned Planning Minister Romero Jucá clearly spells out a conspiracy to unseat Brazil’s now-suspended President, Dilma Rousseff.

Counter to the vast majority of conspiracy theories, crackpot allegations, and adversarial framing, the “conspiracy” behind the crisis in Brazil has turned out to match some of the darker theories about what motivated Rousseff’s opponents. Richard Hofstadter’s classic definition of politicians as the true devotees of conspiracy rings true.

It also recalls Hannah Arendt’s ingenious observation that conspiracy is a vital component of political representation itself. She’s usually interpreted to be making a connection between conspiracy and propaganda, but her premise is actually more radical: any universal or totalitarian politics requires a new conspiracy to distract from its own conspiratorial origins.

So it goes with Acting President Michel Temer and Jucá, who it seems conspired to defenestrate Rousseff as a way to avoid scrutiny of their own past conniving.

The view from abroad

Many commentaries in the international press observed the similarities between the political intrigue in Brazil and the political scheming depicted in the popular Netflix political drama House of Cards. The series’ Twitter account even acknowledged the crisis, tweeting an animated image of the show’s villainous protagonist smiling in approval.

Significant voices on the international left have already said as much. Photos and op-eds citing Tariq Ali and David Harvey with such slogans as “Brazil is not a democracy anymore” and “stop the coup in Brazil” are being widely shared on social media.

It’s rare to see such radical commentators’ sentiments echoed in the international press – yet that is exactly what has happened. With the tapes out in the open, the world’s media almost unanimously decided to identify the crisis in Brazil as a politial putsch rather than a mere judicial move.

Brazil-based journalist Glenn Greenwald put it most bluntly of all: “Basically if you’re someone who has said or believed that there is no coup in Brazil, your key arguments were instantly destroyed today.”

The political consequences of Rousseff’s suspension are already visible. The newly appointed interim government wasted little time reversing the PT’s political legacy. Temer has already hacked away at some of the foundations of Brazilian social policy, focusing primarily on changing the demarcations of indigenous land and the privatization of state assets.

There are also moves in the offing to cut healthcare spending and social subsidiaries, including the Bolsa Familia scheme – Brazil’s flagship welfare program, one of the progressive touchstones on which the PT’s popularity has rested for the last 13 years.

Ironically, in the leaked recordings, the Planning Minister himself invokes a supposed left-wing conspiracy, saying: “[They want to] put an end to this political class so [a new one] can rise, to build a new breed [that will be] pure”. He also says he has received assurances among senior military figures and the judiciary that they would intervene should the plan engender a popular left-wing uprising. 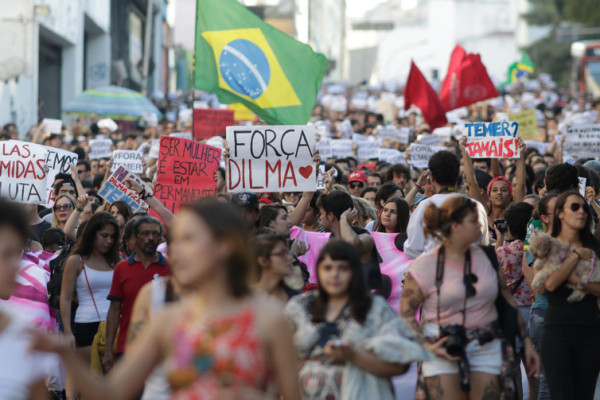 He presumably feared something reminiscent of the 2013 Free Fare Movement (Movimento Passo Livre), in which millions took to the streets to protest a hike in public transport fares.

The conspiracy in Brazil is therefore deeply ideological. It’s also a test of whether or not the PT, humiliated by Rousseff’s political assassination, can continue to function as a grassroots, activist-oriented party, or whether its gradual internationalization and financial liberalization has doomed it to a future of political scheming and infighting.

The country’s democracy itself is at stake. And unlike the myriad other conspiracy theories already so abundant in Brazil – the country’s supposedly dubious loss at the 2014 World Cup, the allegedly engineered Zika epidemic – the plot to bring down Brazil’s government and replace it with a motley crew of right-wing and nationalist adversaries is no longer a matter of suspicion and hyperbole. In just a few short weeks, this conspiracy “theory” has proven to be anything but.