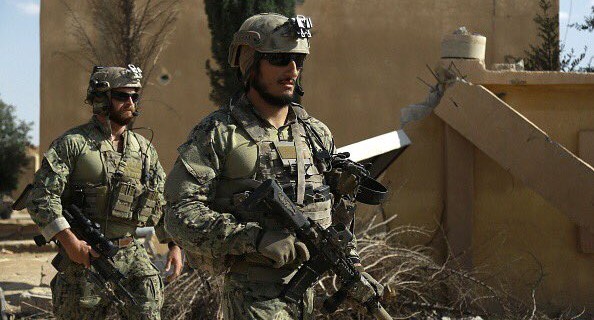 Interview: Journalist Hadi al-Abdallah on the Situation in Aleppo

The Kurdish-led Syrian Democratic Forces have played down talk of an offensive to recapture the city of Raqqa, the Islamic State’s center in northern Syria.

Kurdish outlets declared on Wednesday that troops were marching from Tal Abyad near the Turkish border to Raqqa, 60 km (37 miles) away. They said that territory to the south of Tal Abyad had already been taken. The US-led coalition had supported the claims by dropping leaflets on Raqqa warning civilians to leave and calling on ISIS fighters to surrender.

But SDF spokesman Talal Silo said on Thursday, “The current battle is only to liberate the area north of Raqqa. Currently there is no preparation…to liberate Raqqa, unless as part of a campaign which will come after this campaign has finished,”

Although the Islamic State is under pressure in both northern Syria and neighboring Iraq, with Iraqi forces attacking the city of Fallujah, a push into Raqqa faces political challenges.

Syrian rebels and Turkey are wary of the SDF, which is dominated by the Kurdish militia YPG. There are concerns about whether the mainly-Arab population of Raqqa — who might not be able to escape the city would welcome the attack, and Kurdish officials have been reluctant in the past to push into Raqqa, preferring offensives against ISIS in Kurdish cantons.

Kurdish troops in a staging area for the offensive:

Troops on the move:

VIDEO: #SDF brings reinforcements to the front line in the battle vs. #ISIS in N. #Raqqa – @DrPartizan_ pic.twitter.com/MNucSwzCeo

US Special Forces Photographed with Offensive

For the first time, US special forces embedded with the SDF were photographed as the units deployed for the offensive. At least one soldier was wearing the patches of the YPG and the Kurdish women’s militia YPJ:

#Raqqa K24 footage of the US Special Forces today around Northern Raqqa, with the YPG/YPJ patches on their uniform. pic.twitter.com/UbD4swJEye

An AFP photographer said he saw more than a dozen American troops. In one picture, three of them accompanied an advanced Mk.47 40mm automatic grenade launcher, primarily used by Special Operations units and not widely sold outside the US.

Even though SDF fighters told journalists that the Americans should not be photographed, the pictures appear to be part of a PR effort to show Washington’s backing for the offensive.

SDF field commander Hawkar Kobane told AFP that “US forces are taking part in this operation”:
“On the rooftop of this house, there are US forces using [anti-tank] TOW missiles to fire on the explosives-rigged cars that Daesh [the Islamic State] is using to attack the SDF.” 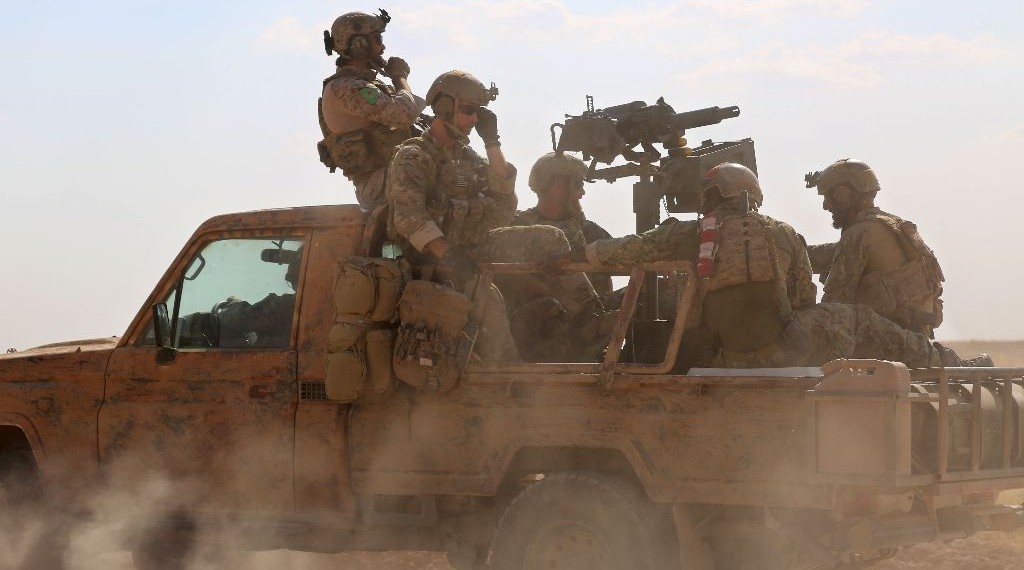 Turkey Warns US Against Reliance on Kurdish YPG

On the eve of the offensive, Turkey had warned a top US commander — just before his visit to SDF positions in northern Syria — against reliance on the Kurdish YPG militia against the Islamic State.

“Do not be surprised if the YPG lets you down when the fight against the Islamic State gets tough,” the Deputy Chief of Turkish General Staff Yaşar Güler, told US Central Command head General Joseph Votel during a two-hour meeting in Ankara on May 23.

Turkey believes that the YPG and its political umbrella, the Kurdish Democratic Union Party (PYD), are led by the Turkish Kurdish insurgency PKK.

Güler asserted, “An important threat will disappear if you provide support to the moderate opposition rather than the PYD to clear this line [between Azaz and Jarablus near the Turkish border] of the Islamic State.”

The UN has reiterated that it is only able to deliver aid to a fraction of the one million Syrians that it hopes to reach, amid continued refusal of access by the Assad regime.

Calling on all sides to allow access, Egeland said officials had only managed to get aid to 160,000 people in May. He said that children in at least three areas are so malnourished that they will die if they do not receive assistance.

Following a February 27 cessation of hostilities, the Assad regime relaxed blockades on some besieged areas, and the UN was able to assist about 40% of hard-to-reach Syrians in March. However, the regime tightened restrictions in April, leading to a sharp drop in assistance.

Egeland said children were close to death in Darayya and Moadamiyah, opposition areas southwest of Damascus, and in the opposition-held district of al-Wa’er in Homs.

Earlier this month, the UN almost reached Darayya with aid for the first time since November 2012, but the Syrian military blocked a five-truck convoy at the last minute. Pro-Assad forces subsequently shelled people waiting for aid, killing two and wounding five, and then bombarded the town in the hope of overrunning it.