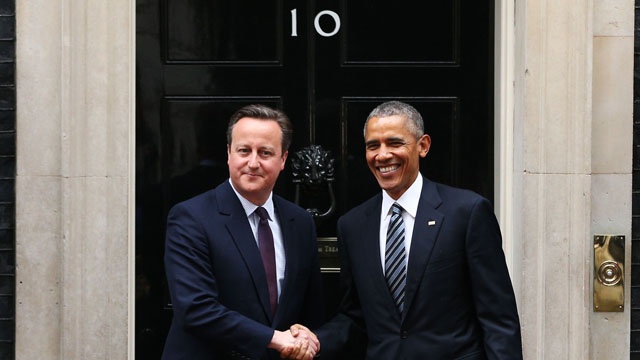 Britain’s politics and media were dominated on Friday by President Obama’s visit, in particular his comments over June 23’s British referendum on European Union membership.

In both a newspaper column and a press conference with Prime Minister David Cameron, Obama said that it serves US interests for Britain to remain in the EU, with the US preferring a stronger, united Europe.

Unsurprisingly, the intervention brought a heated response from opponents of EU membership. The Mayor of London, Boris Johnson, avoided a factual response — instead, he chided the “part-Kenyan” President for a supposed hostility to British colonialism and spread a false story about Obama removing the bust of Winston Churchill from the White House.

I talked through the issues and the politics with BBC Radio Wales on Friday.