PHOTO: The false image posted by Iran’s Al-Alam and Russia’s RT to report a “masscre” by the Islamic State in Palmyra, Syria

Syrian State media proclaimed on Friday that Assad forces discovered a “mass grave” in Palmyra, after the Islamic State was pushed out of the historic city in central Syria.

The SANA news agency, citing a “field source”, said that 40 corpses were found in the Masakin al-Jahizia district, 500 meters from Roman ruins. The source said 23 of the victims are women and children. He claimed that more bodies are being removed, and that some have been beheaded and others tortured.

However, even as pro-Assad activists are complaining that Western media are ignoring the story, it has run into a complication: the claimed photo of the “mass grave”, circulated by Russian and Iranian State media, is a fake.

Hijacking a Picture from Iraq

SANA’s English-language site only carried an overhead image of Palmyra, which was recaptured last weekend by pro-Assad forces after a 10-month Islamic State occupation. 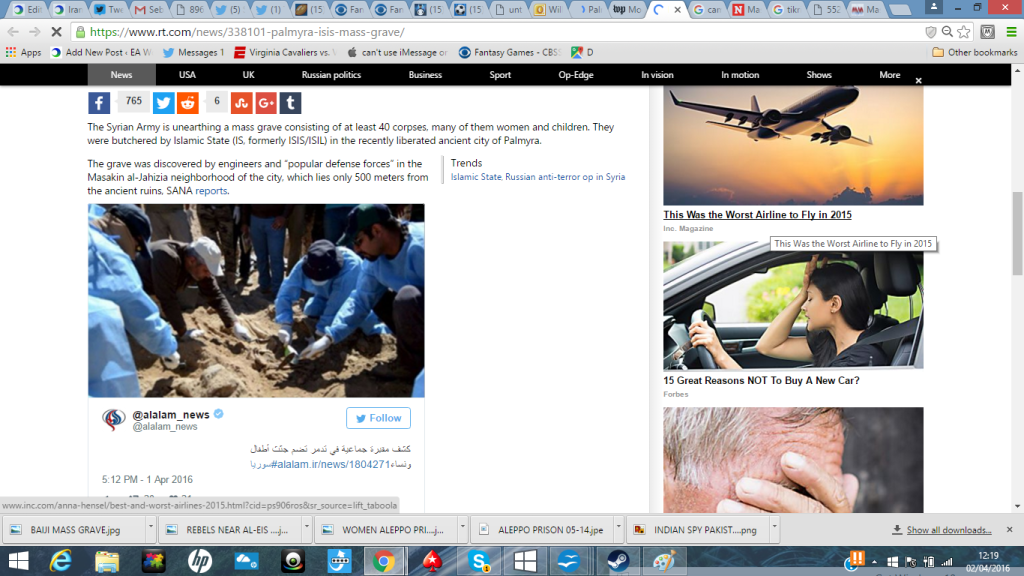 But the photo is not current, and it is not even from Syria, let alone Palmyra.

Instead, the picture is of an Iraqi forensic team in April 2015, searching for the remains of Iraqi soldiers who were mass-executed by the Islamic State in June 2014. The US outlet Newsweek summarized:

The grave, thought to be one of several containing as many as 1,700 bodies, is located outside Camp Speicher, a former U.S. military base outside Tikrit….Remains will be sent to Baghdad for DNA testing to identify the bodies and notify families. 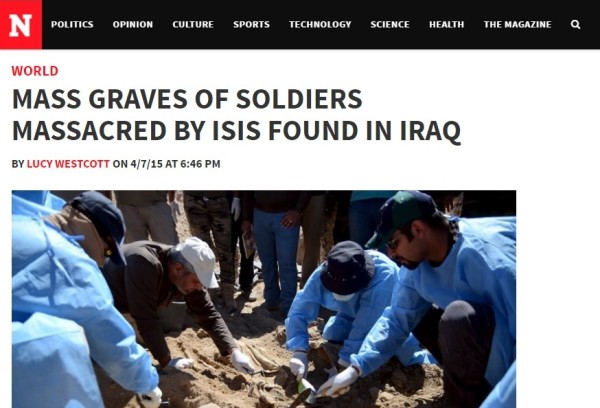 Indeed, in an ironic testament to today’s deception, the French-language service of RT also used the photograph: 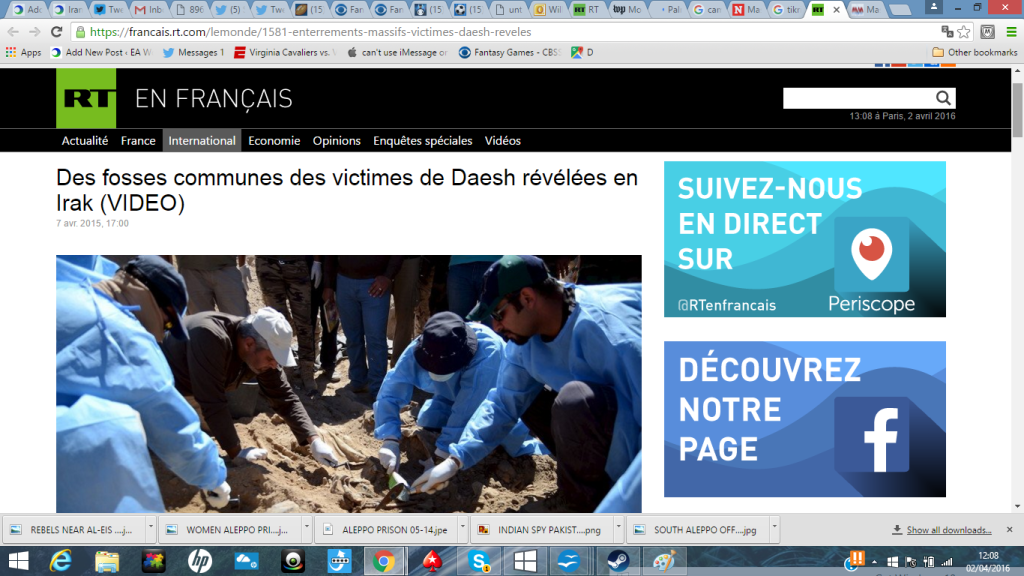