Iran Daily: “We Will Force US to Implement Nuclear Deal” 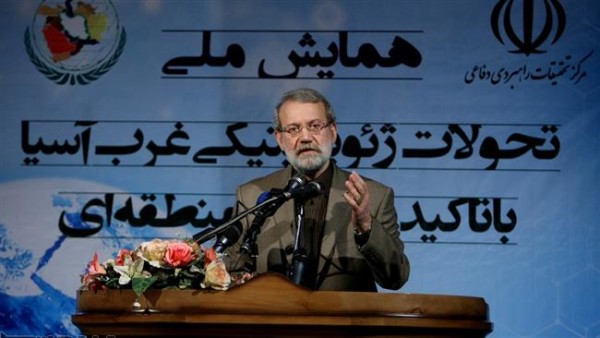 PHOTO: Speaker of Parliament Larijani: “We Have Means to Make US Regret Actions”

Iran’s Speaker of Parliament Ali Larijani has declared that Tehran will force the US to meet its commitments under the July 2015 nuclear deal.

“The Westerners are not trustworthy, but if they don’t fulfill their commitments, we will force them into implementation with our own means,” Larijani told a forum in Tehran on Thursday.

Implementation of the agreement between Iran and the 5+1 Powers was announced in January, but Iranian officials — led by the Supreme Leader — have criticized the US for maintaining and adding sanctions and for failing to return Iranian assets.

The tension has risen this month with claims that the US Government is preventing American and European companies from doing business with Iran, and by a Supreme Court decision allowing families of the victims of terrorism to sue for up to $2 billion in frozen Iranian assets.

Under pressure from MPs to act, President Rouhani assured on Thursday that the Government would spare no effort to retrieve the money from the “definitely illegal” Court ruling.

Larijani denounced the “unfair behavior” of the Americans, saying Iran has its “own means to make them regret” their actions.

The Speaker did not elaborate about the Iranian responses.

On Wednesday, the Supreme Leader issued his latest denunciation of Washington, accusing the US of “deception”: “On paper, the Americans say banks can trade with Iran but in practice they act in such an Iranophobic way that no trade can take place with Iran.”