US Analysis: Disney v. Trump — Why Zootropolis is an Important Political Film 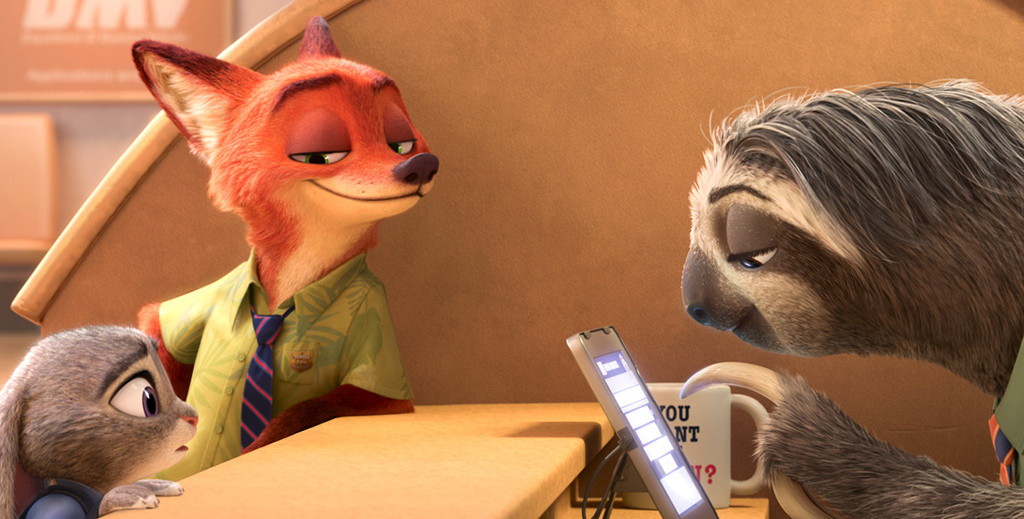 PHOTO: So you think Zootropolis is just another well-crafted Disney film? Think again.

On the surface, the highly-acclaimed Zootropolis is an animated movie formula with a twist — all the characters in the city, from Tundra Town to the Rainforest, are animals.

A country bunny wants to serve the public by becoming the first rabbit officer on Zootropolis’ police force. She meets the roguish but likeable fox grifter Nick Wilde, escapes parking-meter duty in an extended chase scene with a thief, and discovers a plot to turn the “predator” citizens savage. This is a combination of buddy film, rom-com, mystery, and action flick — a furry version of Lethal Weapon.

But the surface does not do full justice to Zootropolis. As you are marvelling at the close-to-life CGI of Little Rodentia, laughing at a Department of Motor Vehicles run by sloths, and working out the real villain, you are being drawn into an important political film.

For Zootropolis is a vital response to the politics of fear in the US, not just the Trumpopolis of aggression and hatred but decades of suspicion and occasional panic — even amid strides towards integration and equality in America — laying the foundation for the 2016 Presidential campaign.

Zootropolis is the mega-city of an animal American Dream, with species from the smallest to the largest, herbivore and carnivore, domesticated and formerly “wild” living in harmony. It’s not a sugary-sweet melting pot — Nick Wilde is still a con-man, there are thieves to be confronted, and Officer Judie Hopps has to overcome discrimination — but Zootropolis is proof of America’s ascendancy over a “natural” state of conflict and aggression.

But this is far from a settled ascendancy. All it takes is a malicious catalyst to destroy the balance between “prey”, 90% of Zootropolis’ population, and “predators”. A power-hungry politician can turn a series of disappearances into division and fear. Workers cast worried glances at each other. A mother pulls her child closer as a lion sits next to them on the underground. TV channels break news of the latest attack by predator on prey and prey on predator, as “peace” rallies are broken up. Soon, there are demands for all predators to be rounded up.

This is not a direct response to the politics of Donald Trump, as Zootropolis was in production long before the businessman announced his Presidential candidacy. Indeed, the film is far more effective because its message goes far beyond The Donald — it is a challenge to the American public.

In one of the film’s turning points, Officer Hopps, now a hero, extemporizes at a press conference that predators might be acting from “biology”, reverting to primeval instincts. Panicked reporters ask if these means savagery across Zootropolis. The buddy relationship with Nick Wilde is broken, as Judy stumbles further into her “us v. them” portrayal.

It is not just a Trump-ist politician or an evil genius who can quickly turn co-operation into conflict, splitting neighbors and partners. It is not even bad intentions at work — even the innocent, carelessly recycling the language of the “primitive”, can wreak the damage.

Of course, Zootropolis does not end there, with traumatised children and worried parents exiting the cinema. But the film’s resolutions of the mystery, personal relationships, and the city do not erase the moment — caught up in suspicion and fear, no one is immune from the whipped-up threat to community.

The timing of Zootropolis’ release illuminates the American Paradox. The US is not just a country of social progress or of social animosity — it is both.

Last year, the Supreme Court’s historic decision legalized same-sex marriage. An African American is President, and many others hold high office. So do Hispanic Americans, Asian Americans, and people from other ethnic backgrounds. Despite Trump-ism and its misogyny, a woman may succeed Barack Obama in the White House. US culture celebrates diversity of lifestyles and backgrounds within a shared American experience.

But at the same time, the country is riven with the discourse of hatred. So amid American Muslim communities such as Dearborn, Michigan promoted by the US Government as examples of harmony, all “Muslims” are black-marked by politicians like Trump and the communities are accused of Sharia law and attacks on Christians. Barack Obama becomes the devious Muslim seizing power, with his middle name — Hussein — and his supposed oath on the Qur’an.

Overt racism is frowned upon, but police shootings of unarmed men and income inequality maintain fears and division. Hispanic Americans are caught up in the furor over “immigrants” flooding the US because there is no wall with Mexico. Women are portrayed as hysterical hostages to their biology, or become sexualized props in the battle between politicians such as Trump and Ted Cruz.

This is far from a new paradox. US progress in the 20th century was accompanied by the Red Scares in which any American might become a Communist threat, an excuse used to hold back civil rights and to blacklist progressives. The end of the Cold War did not bring peace, with “victory” soon dissolving in a renewed tension of race, from the 1992 Los Angeles unrest to the O.J. Simpson trial.

But 2016 is not just more of the same. It is precisely because of the advances in some areas that the regression in the political arena is so stark. Fed by the “War on Terror” and by media outlets largely based on polarising opinion rather than engaging in discussion, the language of fear and hatred surges in intensity. Donald Trump is both a symptom of and contributor to that poisonous discourse.

Zootropolis’ contribution is exposure of the American Paradox. The question, as the film reaps well-earned praise, is whether it contributes to a way out.