Turkey’s Prime Minister Ahmet Davutoğlu visited Iran on Saturday, with the Syrian conflict and trade on top of the agenda.

Davutoğlu called on Tehran to join Ankara in a “common perspective” to end sectarian strife in the region.

“We may have different views but we cannot change our history or our geography,” Davutoğlu said at a televised press conference with Iranian Vice-President Eshagh Jahangiri. “It is extremely important for Turkey and Iran to develop some common perspectives in order to end our region’s fight among brothers, to stop the ethnic and sectarian conflicts.”

Turkey is a leading backer of Syria’s opposition and rebels, while Iran is an essential ally of the Assad regime.

Jahangiri agreed with Davutoğlu’s general sentiment, “We have our differences on some regional issues, but we are determined to manage the differences to reach stability in the region….Iran and Turkey would both benefit from regional security and stability.”

Davutoğlu also referred to the trade possibilities after the removal of US-led sanctions over Iran’s nuclear program, declaring, “The main obstacle that prevented us from reaching our goal were the sanctions. Being free of those, means we can easily surpass our goal of $30 billion.”

In a later meeting, President Rouhani said, “We believe that regional problems should be settled by regional countries and nations and Iran-Turkey cooperation will undoubtedly play a constructive role in establishing sustainable peace in the region.”

In a reference to Syria, Rouhani said Iran and Turkey agreed that “the future of every country should be decided by its own people [and] territorial integrity of countries should be respected”, with a halt to war and aid to refugees.

Davutoğlu’s visit will be followed on Sunday by the arrival of Russian Deputy Foreign Minister Mikhail Bogdanov to discuss “regional issues, including Syria”, according to “a senior Iranian diplomatic source”.

The opposition Kaleme website said the police’s intervention led to “some altercations”.

The bride spoke with Khatami on the phone to express her dismay that he was blocked from attending.

Iranian media have been banned since 2014 from publishing quotes or photographs of Khatami, President from 1997 to 2005. However, Khatami’s video message was influential in mobilizing votes for the centrist-reformist bloc in last week’s elections for Parliament and the Assembly of Experts, leading to their unexpected gains.

Mousavi, the leading challenger in the disputed 2009 Presidential election, and Rahnavard, an artist and academic, have been held under strict house arrest since February 2011.

Businessman Babak Zanjani has been sentenced to death for taking billions of dollars from the Iranian State.

Judiciary spokesman Gholam Hossein Mohseni Ejei announced the punishments for Zanjani and two other men in a televised press conference on Sunday: “The court has recognized the three defendants as ‘corruptors on earth’ and sentenced them to death.”

The defendants were identified by the judiciary as British-Iranian businessman Mahdi Shams, who was detained in 2015, and retired businessman Hamid Fallah Heravi.

The sentences, after a five-month trial, can be appealed. 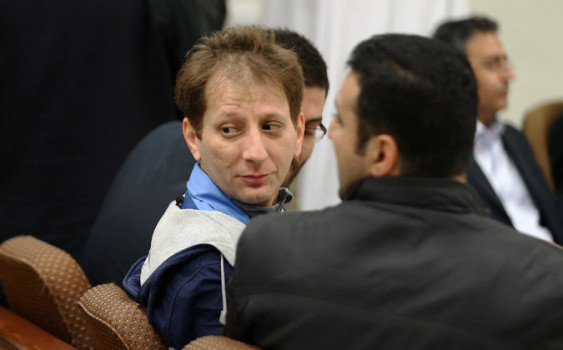 Zanjani owned dozens of businesses, including some of Iran’s largest, and was worth about $14 billion when he was arrested in December 2013 for corruption. Iran’s Oil Ministry said the tycoon owed it almost $3 billion for oil exports, but Zanjani contended that he helped the Ahmadinejad Government circument US and European Union sanctions “when Iran could not sell one barrel of crude nor could transfer one US dollar”.

The Rouhani Government has said that much of Iran’s $650 billion in oil revenues in the Ahmadinejad years from 2005 to 2013 has disappeared.