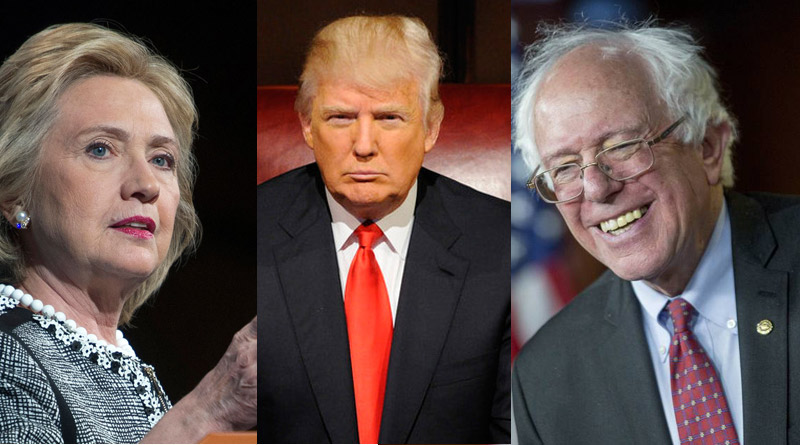 1. Trump is alive! After Iowa raised doubts about whether his poll-showing supporters would turn up to vote, New Hampshire shows that if it’s just to cast a ballot rather than to caucus they may do after all.

All the reasons why he may still falter remain in place: his never-vote-for-you negative ratings are stratospheric with everyone except his supporters. He has limited organisation on the ground. And lest we forget, he’s an erratic narcissist who says crazy things daily. But he’s still very much in the game now, which he wouldn’t have been if he’d lost again here.

2. The Rubiotron signally failed to capitalize on his Iowa finish to capture “establishment lane” votes from Jeb Bush, John Kasich, and Chris Christie.

In fact, it looks like Marco Rubio finished behind even the flailing Bush, and Kasich turned in a surprisingly strong second-place performance overall.

We’ll need more data to know if this was a direct result of the murder-suicide debate takedown of Rubio by Christie on Saturday, but going by his concession speech Rubio certainly thinks so.

3. Among the party-establishment favored candidates, we still have no clear leader, and it’s getting awful far into the game now. After this result Kasich probably stays in for another round, and maybe even Bush does. Having finished behind both, Rubio’s claim that they should get out of the way to let him mop up their votes will seem less than compelling. This keeps in purgatory those who desperately want a single non-Trump-Cruz candidate behind which to unite, and increases the chances that by the time that happens it will be too late.

4. Cruz did fine, but I still maintain that if everyone you ever met hates you, your ceiling will be too low to win a major-party nomination.

5. On the other side the story is more obvious: Sanders won pretty big. Probably bigger than Clinton hoped, though her folks have been pricing in defeat in their media narrative for more a month, and New Hampshire is a state where Sanders’ advantages demographically, politically and tonally are very great.

Clinton, having expected defeat, will move on as per her plans: argue that Sanders is an unserious candidate to get things done as President, and hope that arrival en masses of a different kind of Denocratic voter (notably people who are not white and very liberal) into the process in South Carolina and subsequent states will swing things back for her.

The result highlights what two campaigns now suggest is a feature, not a bug, of Hillary as a candidate: she struggles to inspire young and liberal Democratic voters. How much that matters in November will depend on who she is up against.