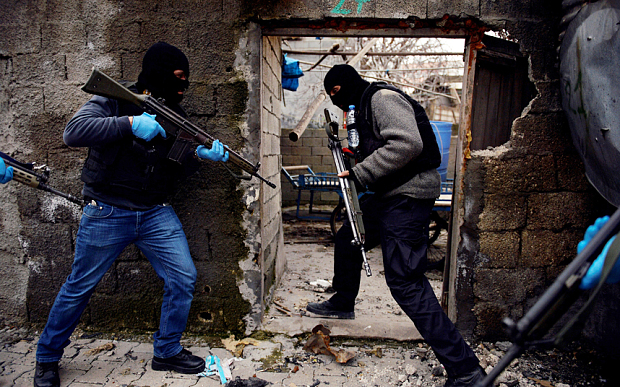 At least 10 civilians injured in clashes have died in a town in southeastern Turkey over the past two weeks because ambulances could not reach them to take them to hospitals, according to local sources.

The people have either bled to death on the street or in homes, or were admitted to hospitals only after it was too late for treatment.

The Turkish Government imposed a round-the-clock curfew on December 14 on Cizre, a majority-Kurdish town with a population of 120,000. Ankara said the measure was necessary in its fight against the Kurdistan Workers’ Party (PKK), which has pursued an armed insurgency for more than 30 years.

Turkish MP Faysal Sariyildiz, a member of the pro-Kurdish HDP who has been in Cizre, said that 28 civilians wounded in recent clashes have been stuck in the basement of a house, waiting in vain for ambulances to take them to hospital.

“Six of the injured…succumbed to their wounds,” Sariyildiz said. “They are lying in the same two basement rooms where the wounded are waiting for help.”

Two weeks ago, a Turkish lawyer appealed for an urgent procedure at the European Court of Human Rights after 16-year-old Huseyin Paksoy, waited for medical help for four days.

The ECHR ruled that the Turkish authorities could not endanger Paksoy’s right to life and physical integrity. Lawyers then decided to file applications in other cases. The life of 20-year-old Helin Oncu, a student who was shot while visiting Cizre, was saved through an ECHR order a week ago.

This is the first time in the history of the ECHR that the urgent procedure motion has been used to enable injured civilians to be brought to a hospital.

However, the ECHR has now told lawyers that they cannot intervene until domestic judicial options are exhausted.

Authorities in Sirnak Province, where Cizre is located, claim reports that ambulances have not been permitted to pick up the wounded are “false” and “unfounded”. They said the wounded can be brought to a pick-up point in the town from where they can be transported to hospital.

MP Sariyildiz says that under such a procedure, the wounded risk being fired at again, and many are too seriously injured to be moved without a stretcher.