Iran Daily, Feb 15: “We Are Ready to Send Our Warplanes to Syria” 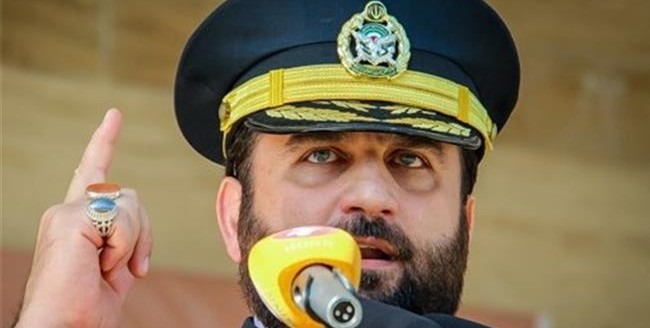 A senior Iranian air force commander has said that Tehran is ready to deploy its warplanes over Syria to defend the Assad regime.

Brigadier General Farzad Esmaili, the commander of the Khatam al-Anbiya Air Defense Base, said in an interview on Sunday that Iran would defend “Syria’s airspace”.

Esmaili issued the latest Iranian warning to Saudi Arabia and Turkey not to intervene, saying that any military presence in Syria without the approval of Damascus would end in “defeat”.

Iran has provided essential military support to the Assad regime since 2012. Its commanders created and trained the National Defense Forces supplementing the Syrian Army, as well as providing logistics and intelligence.

After consultations with Moscow, Iran and Russia launched offensives last September to prevent the collapse of the regime and to push back rebels in northwest and southern Syria. Russia has carried out thousands of airstrikes, while Iran has provided commanders and troops and led foreign militias alongside Hezbollah and the Syrian Army.

Since October 7, Iranian media have reported the death of almost 200 soldiers, including at least 10 commanders.

For months, Iranian officials denied that their forces were in Syria. However, in the past two weeks, the Supreme Leader has implicitly confirmed the escalation. He has been pictured on two occasions with relatives of troops killed inside Syria. On Sunday, his website posted photographs of Ayatollah Khamenei in 1984 at the Sayyeda Zeinab shrine, revered by Shia Muslims, in southern Damascus.

The Iran regime’s official explanation for any deaths of military forces, wherever they occur in Syria, is that they were killed defending the shrine.

Foreign Minister Mohammad Javad Zarif took a different approach on Monday, saying that the reports of possible Turkish and Saudi intervention were only “propaganda”:

It is obvious that these remarks are more of propaganda slogans. The means and capabilities of countries are completely clear and with these propagandist bluffs, none of their problems will get resolved.

Arriving in Brussels to meet European Union officials, Zarif on countries in the region to “set aside illusions” and stop imposing their will on the Syrian people.

The Foreign Minister said on Saturday that any political transition in Syria should take place with President Assad, with no demands for his removal.