Syria Daily, Feb 15: Kurdish PYD — We Will Not Pull Back v. Turkey and Rebels 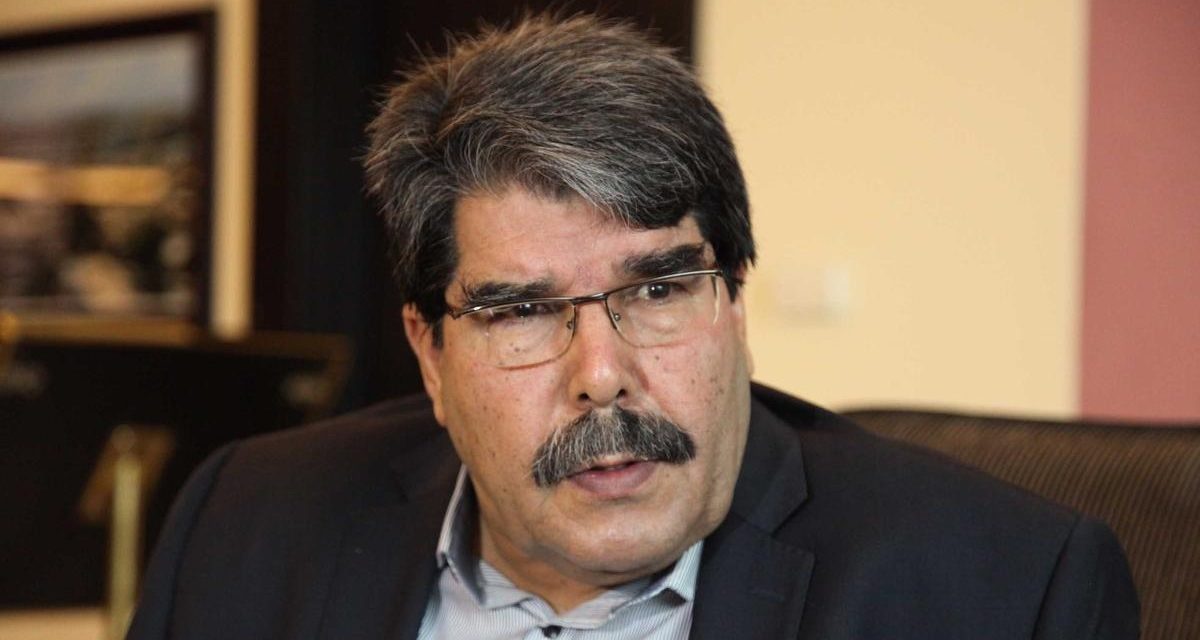 UPDATE 1935 GMT: Claims are circulating that rebel defenses are collapsing in northern Aleppo Province, amid intense Russian bombing and advances by both Kurdish forces and the regime-Iranian-Hezbollah offensive.

The town of Tal Rifaat, seen as important to rebel defenses, has reportedly fallen to the Kurdish YPG militia after days of battles. Kafrnasih and Kafrnaya — briefly taken by regime forces and then recaptured by rebels on Sunday — are now also said to be in Kurdish hands.

UPDATE 1845 GMT: Turkish Prime Minister Ahmet Davutoğlu has again vowed that Turkey will not allow the border town of Azaz to be captured by the Syrian Kurdish Democratic Union Party (PYD) and its YPG militia.

En route to Ukraine on Monday, Davutoğlu said, “We will not let Azaz fall. If they come close to Azaz once again, they will find the fiercest response.”

The Prime Minister also warned that the YPG should pull back from territory that it gained last week: “If they do not withdraw, we will make the Menagh air base unusable. I said this to [U.S. Vice President Joe] Biden.”

Countering Moscow’s latest public statements over its bombing and its criticism of Turkey (see below), Davutoğlu declared, “If Russia keeps on behaving like a terrorist organization, we will act in an appropriate way.”

UPDATE 0715 GMT: An official has said that a Turkish soldier was killed on Sunday evening after security forces clashed with “human smugglers” at the Syrian border.

The soldier was attacked with a knife by one of the smugglers after he tried to stop them anVideos and Pictures: Latest Russian Airstrikes on Hospitals and a Schoold was fatally injured, Hatay’s Governor Ercan Topaca said in a statement.

ORIGINAL ENTRY: Syria’s Kurdish Democratic Union Party (PYD) has said that its YPG militia will not pull back from captured rebel territory in northern Aleppo Province, despite the start of Turkish shelling against the positions.

PYD co-chair Salih Muslim spoke on Sunday about the capture of areas in northwest Syria near the Turkish border, such as Menagh airbase: “Do they want the Nusra Front to stay there, or for the regime to come and occupy it?”

He warned that, if Turkey continued its operations, it would find “the entire Syrian people confronting them”.

A spokesman of the dissident rebel faction Jaish al-Thuwar, a YPG ally, said the battle would continue:

Our aim is to reach ISIL-controlled territories.

We want to fight this terrorist group. Turkey wants us to return to Afrin [the Kurdish canton northwest of Aleppo city]. This won’t happen. We are advancing, we won’t retreat.

With rebels under pressure from a regime-Russian-Iranian-Hezbollah offensive north of Aleppo city, Kurdish forces began advancing earlier this month into rebel areas, taking a series of villages and the town of Deir Jawad on the Turkish border. Last week the YPG-led units moved into Menagh airbase, held by rebels since August 2013.

After the Kurdish troops attacked Azaz, a key town for movement of men and supplies close to the border, Turkey began shelling the Menagh base and nearby areas on Saturday. The artillery reportedly continued firing yesterday, not only into Aleppo Province but on Assad regime forces at Kassab in Latakia Province.

Despite the Turkish intervention, the Kurdish forces are still advancing. They captured Ayn Daqna, east of Azaz, on Sunday. They also are continuing assaults on the important town of Tal Rifaat, having been repelled on Friday and Saturday.

Russia is now openly supporting the Kurdish attacks with airstrikes — at least 15 were reported on Tal Rifaat on Sunday.

The US has called on both the Kurdish forces and Turkey to cease fire and focus on the fight against the Islamic State.

The Syrian Foreign Ministry wrote the UN on Sunday, “Turkish artillery shelling of Syrian territory constitutes direct support to the armed terrorist organizations.” It claimed that Turkish troops crossed the border to deliver ammunition to rebels.

Pro-opposition sources report that media activist Ahmad Khatib was killed in the fighting for Tal Rifaat. His brother was also slain.

Brothers Ahmad & Anas Khatib from Tal Rifaat were killed by the PKK pic.twitter.com/nUtzzNYwPX

Russia: There Should Be No Discussion of Assad’s Future

Russia has declared that there should be no discussion of President Assad’s future in negotiations for a political resolution.

No matter how odious Bashar Assad may be, a considerable part of the Syrian society is consolidated around him….

Many support him….If he had stepped down right now, Syria would have finally disintegrated as a state….

[The United States] believe that it is not time now to decide the fate of Bashar Assad. Today it is necessary to struggle against terror.

Assad’s other main ally, Iran, said last weekend that the President’s fate should not be part of international discussions or any opposition-regime negotiations.

The Russian Foreign Ministry — to put pressure on Turkey or to deflect from Moscow’s military operations in Syria — has said that it will support a motion in the UN Security Council criticizing “Ankara’s provocative actions”:

Moscow expresses the most serious concern over the Turkish authorities’ aggressive actions towards the neighboring state….

The Security Council should express its clear opinion of Ankara’s provocative polices, posing a threat to peace and stability in the region of the Middle East and outside it.

The Ministry declared that Turkish authorities continue assistance to “jihadists and mercenaries”, providing arms and passage across the border “to replenish the units of Jabhat al-Nusra and the Islamic State and other terrorist groupings”.

In an interview with Der Spiegel, Deputy Foreign Minister Gennady Gatilov claimed that Turkey wants to control a “buffer zone” in northern Syria and repeated the allegations that Ankara supplies the Islamic State with arms and allows ISIS to export oil through its territory.

Smoke rises from a hospital in Maarat al-Num’an in Idlib Province in northwest Syria, damaged by a Russian airstrike: