Iran Daily, Jan 6: Revolutionary Guards Back Away from Attack on Saudi Embassy 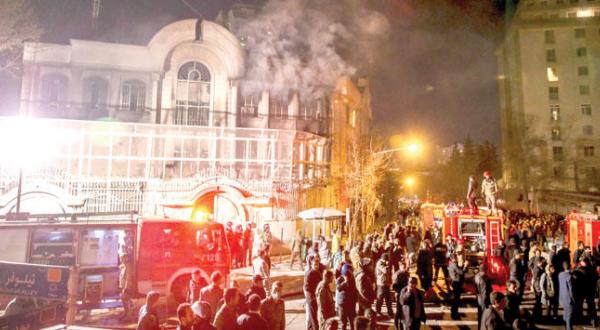 PHOTO: Protesters in front of the burning Saudi Embassy in Tehran, January 2, 2015