Syria Feature: The Diplomatic Fight Over “Who is a Terrorist?” 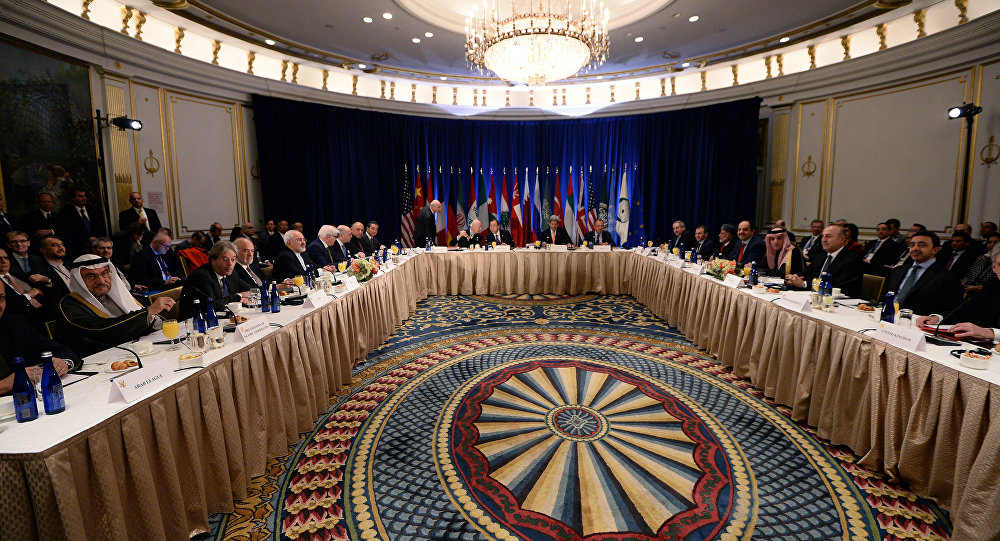 PHOTO: Delegation at the international conference in New York on Syria, December 18, 2015

Last week, representatives from more than a dozen countries gathered for the third set of talks seeking a process for a resolution of Syria’s crisis. They issued a declaration proposing ceasefires and opposition-regime negotiations in an 18-month political transition.

However, the trumpeting of progress, accompanied by a UN Security Council resolution, could not hide fundamental differences which are likely to hinder, if not prevent, any discussions. One of these is the future of President Assad; another is who can be in an “acceptable” opposition.

The latter issue is bound up with debate over which groups should be put beyond the acceptable by labelling them as “terrorist”. All participants agreed that the Islamic State and Jabhat al-Nusra, linked to Al Qa’eda, are excluded from any process, but this was the limit of consensus.

Indeed, the discussion descended into anger and allegations. The conference ended in the same acrimony that marked the opening conference in October, when Iran’s Foreign Minister Mohammad Javad Zarif loudly asked his Saudi counterpart about the nationality of the hijackers who killed thousands on September 11, 2001.

Before the latest talks, the Assad regime’s ally Russia had tried to steer the discussion by spreading the news that a terror list, being drawn up by Jordanian Foreign Minister Nasser Judeh. Moscow indicated that leading rebel factions such as Ahrar al-Sham and Jaish al-Islam were among the 160 named groups.

But Judeh had a surprise at the conference for Moscow and Assad’s other key backer, Iran. Ahrar al-Sham and Jaish al-Islam were named — but so was Iran’s Islamic Revolutionary Guards Corps. And to give the US a challenge, so was the Kurdish militia YPG, which is being backed by Washington in a fight against the Islamic State in northeastern Syria.

According to unnamed American officials, Zarif responded that if the discussion on terrorism was turning into criticism of Tehran, he was ready to compile his own list. At the top would be the Central Intelligence Agency.

Then representatives from Lebanon and Iraq put their objections. Beirut’s delegates objecting to the listing of a Lebanese faction linked to Speaker of Parliament Nabih Berri. The Iraqis did not want the naming of militias such as Asaib Ahl al-Haq, which has ties with Tehran.

Meanwhile, Russian Foreign Minister Sergei Lavrov maintained that rebels such as Jaish al-Islam, had to be included.

Finally, Judeh admitted defeat. He told the delegations to end their debate and return the copies of the list.

US officials said Secretary of State John Kerry did not want the discussion in the first place, “He didn’t want to eat up valuable time on something when he knew they were not going to reach agreement.”

But the same officials said, “He doesn’t think it’s a waste of time. He knows it’s a key part of what needs to get resolved later.”

They did not explain how Kerry was going to get that resolution “later” to meet his target of a political agreement by the end of March.