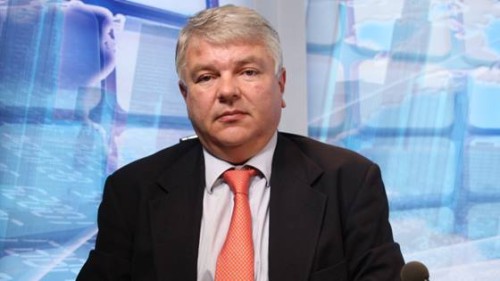 With the approach of a second round of international talks about Syria’s crisis, Russia has stepped up its deceptive propaganda in support of the Assad regime.

Deputy Foreign Minister Alexei Meshkov brazenly lied on Wednesday with the declaration, “Since the beginning of Russian operations, according to UN structures, more than one million people have returned to their homes in Syria.”

Meshkov gave no support for his claim, which was featured by Russian State outlet Sputnik News.

The UN has reported that more Syrians have fled their homes because of Russian bombing and the Syrian military’s offensives that Moscow is supporting. On October 26, the number was put at more than 120,000 since the start of the month, including at least 80,000 from Idlib and Hama Province and at least 44,000 from southern Aleppo Province.

The UN later revised the southern Aleppo figure to more than 75,000. The Syrian opposition and activists say the number from Aleppo and other areas is far higher than the UN’s totals.

However, regime supporters such as the Irish activist Lizzie Phelan and Leith Abou Fadel, who runs the site Al-Masdar News, quickly seized on Meshkov’s statement as the “truth”:

Since the start of the uprising in March 2011, more than half of Syria’s population have fled — more than 4 million are refugees, while more than 7 million are displaced inside the country.

The Defense Ministry’s spokesman, Major General Igor Konashenkov, added to the dubious claims on Wednesday with statements about the Syrian military’s lifting of the Islamic State’s siege of the Kweires airbase.

“Intelligence on the locations of the terrorist fire positions and support points around Kweires was provided by the Syrian opposition and cleared by the [Russian-Iraqi-Iranian-Syrian military] communication center in Baghdad,” the general said.

The spokesman even said that the opposition had helped Moscow bomb the rebel counter-offensive in northern Hama Province, which has taken regime territory such as the key town of Morek.

A Pattern of Deception

Russia has put out misleading and false statements since the start of its bombing on September 30, beginning with the general claim that the campaign was solely against the Islamic State.

More than 80% of Russian airstrikes have been on rebel-held territory. Moscow later modified its position to say that “terrorists” were being attacked, but it has continued to issue erroneous claims about the targets of its bombing.

Russia has also put out distorted and falsely-labelled videos to try to deny that it has hit civilians and infrastructure. Responding to the testimony of doctors and witnesses that 12 hospitals had been struck by its warplanes, Moscow said five of six hospitals among the claims did not even exist — and the sixth was never damaged.

Rebels have quickly counter-attacked after the loss of al-Hadher, south of Aleppo city, on Thursday.

A pro-opposition journalist says the rebels have secured al-Eis, which was under threat, and are moving against the town:

Rebels have launched a counterattack to retake al-Hader. Al-Eis and its hill are completely free of Shia militia #Aleppo

Fierce clashes on the outskirts of al-Hader. Several tanks destroyed and dozens of Shia militia fighters killed in the counterattack.

The Syrian military — alongside Hezbollah, Iranian forces, and Iranian-led Iraqi militia — have closed on their objective of the town of al-Hadher, south of Aleppo city.

Pro-regime outlets said two more villages were claimed on Thursday as the offensive seeks to surround the town. The outlets said fighting was taking place in the south and east of Hadher.

Local sources initially said that rebels, facing intense Russian airstrikes, had evacuated nearby areas but they denied that regime forces had entered the town. However, the sources later acknowledged that pro-Assad militia are in much of Hadher.

Other sources said that the Jaish al-Fateh is preparing a large counter-offensive.

The capture of Hadher would bring the Syrian military closer to the M5 highway from Aleppo to Damascus and to rebel-controlled Idlib Province.

There are conflicting reports over the state of fighting northeast of Damascus. Pro-regime activists are claiming that Assad forces have entered the Marj al-Sultan airbase, held by rebels since 2012, but pro-opposition sites assert that rebels are holding off the attacks and inflicting heavy casualties.

The Syrian military is trying to counter-attack after rebels advanced last month in the area, cutting the Damascus-to-Homs highway.

Southwest of Damascus, rebels say they are facing the ninth consecutive day of regime attacks on the suburb of Darayya.

The rebels report heavy shelling and at least 32 barrel bombs on the town on Thursday, but claim they have repelled the assault.

Rebels prevented the entry of the Syrian National Coalition’s “interim Government” because they were not informed of the move.

The Levant Front, which controls the Bab al-Salama crossing on the Turkish border, stopped the delegation which included the head of the interim Government, Ahmad Touma.

The rebels said they were surprised by the delegation’s arrival and said that any entry had to be coordinated because of security considerations.

Footage from the Kweiris airbase, east of Aleppo city, after the Syrian military lifted the Islamic State’s long-standing siege on Tuesday: