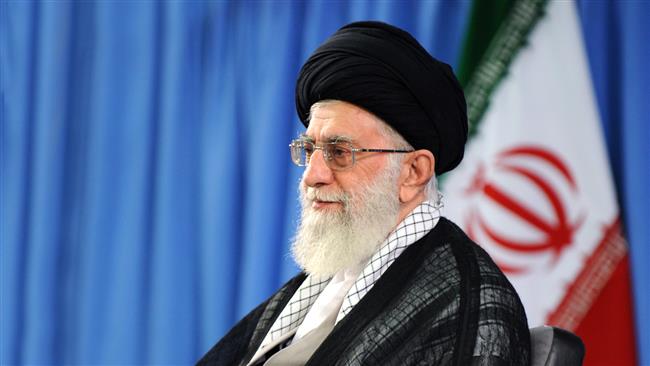 Iran’s Supreme Leader has restated his warnings against foreign influence and “infiltration”, amid in-fighting within the regime over policies at home and abroad.

Ayatollah Khamenei addressed Basij militia on Wednesday in Tehran. In an indirect reference to Iranian intervention in Iraq and Syria, he hailed them as “indefatigable” forces prepared to take their “talents” wherever necessary and criticized those who accused the organization of “radicalism and extremism”.

Khamenei, who has ruled out any negotiations with the US following the July 14 nuclear deal, then effectively cautioned the Rouhani Government and other political and social groups:

Among the very important topics in “soft war” is [their] use of the “infiltration project”.

An important target of influence is “decision-making”. The person or persons responsible for the infiltration attempts to influence social movements and to [exploit] the country’s various problems in the decision-making process.

Infiltration of movements means formation of networks inside the nation using money and sex appeals to change the beliefs, ideals, views and lifestyle of our people. At the same time that they smile at you and embrace you, they plunge their dagger in your heart.

The Supreme Leader’s rhetoric has been used by hardliners, notably in the Revolutionary Guards, to challenge the Government over foreign policy, politics, and social issues. Earlier this month, Guards commander Mohammad Ali Jafari warned of a “fourth sedition” and implied that Government officials were assisting this with an embrace of “liberalism and the West”.

The Guards have arrested journalists, businessmen — including two American citizens — and activists over the past month. President Rouhani criticized the detentions by accusing the hardline media of whipping up emotions to support the crackdown.

President Rouhani has called on Moscow and Ankara to ease tensions, after Tuesday’s downing of a Russian warplane by Turkey’s jets on the Turkish-Syrian border:

Russia and Turkey are both neighbors and friends of Iran. It is very important to us that the relations between our neighbors are cordial. We are not at all content for there to be disputes between our neighbors or for disputes to be created in their relationship; it is in the interest of neither us nor the region. We urge these countries to take precautions to prevent the recurrence of these types of incidents….These types of incidents are in the terrorists’ interest.

At the same time, Rouhani maintained Iran’s alliance with the Russian military intervention in support of the Assad regime:

The Russians are battling with the terrorists, and Iran, from the start of the Revolution throughout recent decades and years, has fought with the terrorists. [Iran] has always helped any country that has been the target of terrorist attacks.