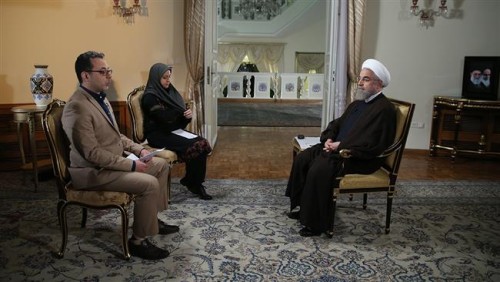 President Rouhani has hailed the Iranian Parliament’s passage of the July 14 nuclear bill after weeks of heated debate and criticism of the Government.

The bill was suddenly adopted on Tuesday in a 20-minute session, with 161 of 250 MPs voting Yes. The breakthrough came after a meeting on Monday night between a top advisor to the Supreme Leader, Speaker of Ali Larijani, and the Secretary of the Supreme National Security Council, Ali Shamkhani.

The Guardian Council is set to examine the bill on Wednesday, either confirming it as law or referring it back to Parliament with amendments.

Addressing the nation on State TV on Tuesday evening, Rouhani said Iran and the 5+1 Powers (US, Britain, France, Russia, China, and Germany) will start implementing the agreement next week.

The Rouhani Government is hoping for the International Atomic Energy Agency’s verification of Iranian compliance by mid-December, triggering the removal or suspension of US and European Union sanctions.

Rouhani focused on the sanctions and the economy in his address, saying that Iran was the first country in the world to be subjected to banking sanctions as well as restrictions on oil exports and trade.

The President had warned last weekend that Parliament’s delay in approval of the deal, after weeks of hearings and insistence on a vote over the agreement, was threatening to damage an already-weakened economy. Larijani echoed the warning on Sunday, but MPs then engaged in an acrimonious debate — one even threatened to bury Foreign Minister Mohammad Javad Zarif and the head of the Atomic Energy Organization, Ali Akbar Salehi, in cement — before a small majority approved the outline of the bill.

Rouhani said that, having reduced inflation from more than 40% to less than 15%, he would unveil an economic stimulus package. This would help counter the fall in oil revenues from $119 billion in 2011-2012 to less than $25 billion now.