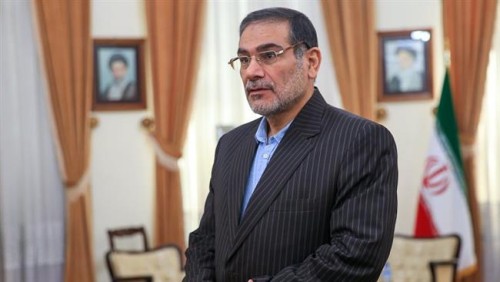 One of Iran’s top officials has repeated the regime’s allegation that the West and Israel created the Islamic State, adding the explanation that this was to divert the attention of Muslims from the issue of Palestine.

Speaking to the Hezbollah outlet Al-Manar TV on Sunday, the Secretary of the Supreme National Security Council, Ali Shamkhani, said, “Western governments, Zionists, and bullying powers have created [Takfiri groups] in our region to sap the power of the Islamic Ummah and prevent the Muslim world from focusing on its basic objective, which is the issue of Palestine.”

Shamkhani has been the Islamic Republic’s chief envoy for political negotiations in Iraq, Syria, and Lebanon, as Iran tries to prop up the Assad regime and to stem the Islamic State in Iraq.

The official declared that “the Islamic Republic enjoys the highest level of security among regional countries”.

Trying to counter US intervention in Iraq since last summer and to push back foreign states — including Saudi Arabia — who back Syrian rebel and opposition groups, Iran’s political and military leadership regularly declare that Washington and Israel fostered the rise of the Islamic State.

On Sunday, Deputy Foreign Minister Hossein Amir-Abdollahian told the head of the Assembly of Experts, Ayatollah Mohammad Yazdi, that a US-led coalition had supported the Islamic State to “change the government in Syria and undermine the Islamic Awakening”.