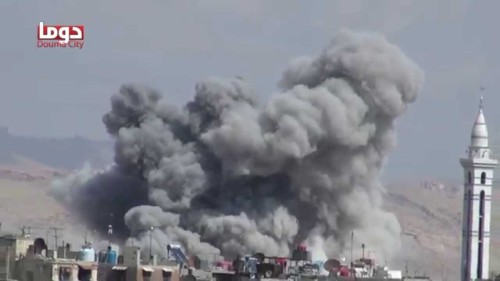 Syrian airstrikes have killed at least 16 civilians in Douma, northeast of Damascus, since Friday. Ten of the dead are women.

Shaam News Network reported that the targets of the raids have included a mosque and a charitable institution.

Victims being pulled from rubble:

An estimated 250 people were slain in regime bombardment of the suburb, which has been under rebel control since 2012, in early February. The airstrikes only eased after Jaish al-Islam, the leading rebel faction in Douma, fired hundreds of rockets on military positions in Damascus.

Jaish al-Islam threatened at the time, and again last week, that it would launch more attacks — this time with 600 to 1000 rockets — if bombing was renewed.

So far, there has been no sign of a reply from rebels to the latest series of airstrikes.

Demonstrators in the Salaheddin section of Aleppo mark the fourth anniversary of the start of the Syrian uprising:

#Palestine: as every Friday the Palestinians of the small village of Bil'in protest against the occupation. #WestBank pic.twitter.com/nb4t8FPB2D

Children with protest placards in Kafr Hamra, northwest of Aleppo: 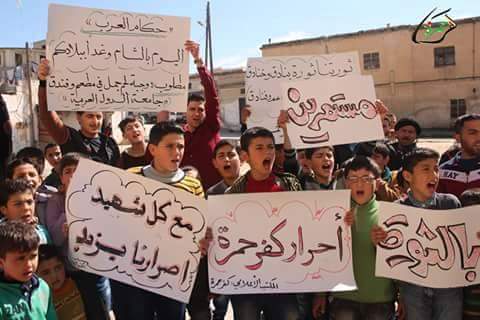 A rooftop display in Hanano in Aleppo: 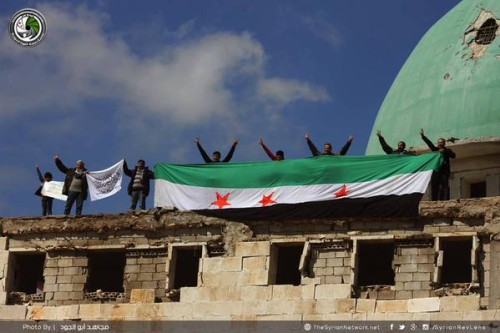