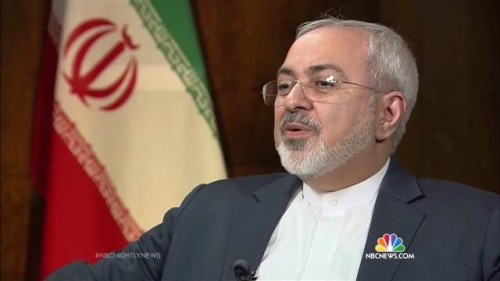 Iraq Audio Analysis: Is the US “Losing” to Iran?

Speaking to US television at the end of three days of nuclear talks with US Secretary of State John Kerry, Iran’s Foreign Minister Mohammad Javad Zarif has given a mixed message about the possibility of a comprehensive deal:

We believe that we are very close, very close. [Or] we could be very far.

Zarif would not divulge details of the latest discussions, saying, “Nothing is agreed until everything is agreed. This is a puzzle. And all pieces of this puzzle should come together in order for us to have a picture of what lies ahead.”

Instead, he concentrated on pushing back Tuesday’s speech by Israeli Prime Minister Benjamin Netanyahu to the US Congress:

It seems that there is a lot of pressure — particularly within the United States, from various courses, and we’ve seen some recently — not to have an agreement. And there are those who simply see their hopes and their political future in conflict, tension, and crisis. And as long as that is the case, it’s a very difficult environment to make political decisions.

The official said, as Kerry went to Saudi Arabia to brief King Salman and other high-level representatives of Gulf States, that the next US-Iran talks are likely to be on March 15, probably in Geneva. The European Union’s foreign policy chiefs will also be present.