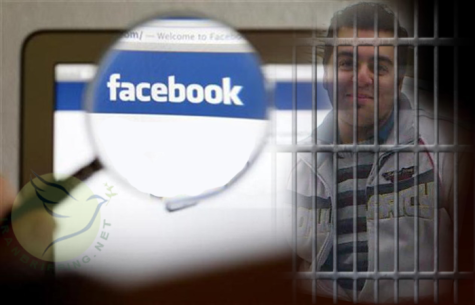 Iranian authorities have said that at least 12 people have been arrested for “immoral” activities on Facebook, with more than 30 targeted by the cyber- crime unit of the Islamic Revolutionary Guards Corps.

The IRGC said that a surveillance operation code-named “Ankaboot” (Spider) had gathered data from Facebook to monitor eight million “likes” by Iranian users. They warned that more arrests would be made in the next two months following the completion of investigations into other social media platforms such as Instagram, Viber, and WhatsApp.

Accusations include “insulting Islam,” “publishing immoral and corrupt material”, and “encouraging individuals to commit immoral acts”, with the suspects “on a mission to change family-oriented lifestyles”.

No information has been officially released about the suspects, except for the initials of two of those detained. None of the offending pages have been revealed.

Daneshjoo News has given the details of one of the two, an engineering student at Amir Kabir University accused of lampooning “the most sacred Islamic values” and setting up fake pages. Mohammad Yousef, who spent five months in prison amid the mass protests over the 2009 disputed Presidential election, was later released on bail of $90,000, according to the site, but is under pressure to make a televised confession.