Iran Daily, Feb 4: “US is Not Sincere Because It Supports Terrorists” 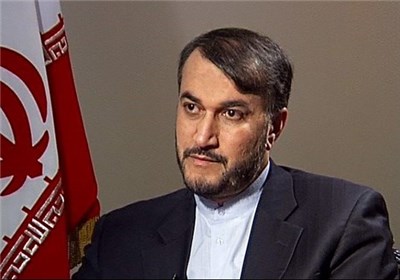 LATEST: Judiciary Filters Website of MP Motahari After He Calls for Release of Opposition Leaders

Analysis: Unnamed Diplomats (Again) Feed Story of Nuclear “Compromise” to Media — The Spin and the Reality

Deputy Foreign Minister Hossein Amir Abdollahian, who leads the Ministry’s approach to the region, claimed on Tuesday that the US had reached out for Iran’s support in combating terrorism.

However, he asserted, “We do not see America as sincere in its fight against terrorism because they simultaneously support terrorists.”

Soon after the Islamic State’s rapid advance in northern and eastern Iraq last June, the Rouhani Government sought cooperation with Washington to check the jihadists. However, the initiative was criticized by hardliners and eventually blocked by the Supreme Leader, who publicly accused the US of dishonesty.

The Government’s desire for cooperation has been further checked by the stalemate in the negotiations with the US and the other 5+1 Powers for a comprehensive nuclear settlement.

The website of prominent MP Ali Motahari, a critic of the regime’s detention of opposition leaders, has been filtered by the judiciary.

No official explanation has been provided for the decision, according to Fars News Agency.

Last month, Motahari was jostled by other MPs as he tried to deliver a speech on the floor of Parliament. The sitting was briefly suspended and the Deputy Speaker of Parliament chastised Motahari.

Tuesday’s top claim came from the head of the Basij militia, Mohammad Reza Naqdi, who asserted that the Supreme Leader’s recent message to North American and European youth will bring the demise of Western liberalism.

The letter will have much wider and stronger impacts than the letter that was sent by the late Imam Khomeini to [Soviet leader Mikhail] Gorbachev, as that letter was the start of the total collapse of Communism.

This letter will give rise to the collapse of the western liberal democracy.

In his letter last month, the Supreme Leader called on Western youth to read the Qur’an, as American and European media put out a distorted vision of Islam:

Many attempts have been made over the past two decades, almost since the disintegration of the Soviet Union, to place this great religion in the seat of a horrifying enemy. The provocation of a feeling of horror and hatred and its utilization has unfortunately a long record in the political history of the West.

Leader's Question: Have you ever received the message of #Islam from any sources other than the media? https://t.co/GymHvJI1FP #Letter4U

President Rouhani expressed optimism about the nuclear talks with the 5+1 Powers on Tuesday, telling reporters, “In certain cases, there were a lot of gaps and differences of opinion, but the differences have narrowed at the moment.”

The comments came after discussions with the 5+1 and with each of the members (US, Britain, France, Germany, China, and Russia) in the last three weeks.

Rouhani told the journalists, “Fortunately, the trend is proceeding within the framework set by [Iran],” with the West “understanding that it needs to recognize the Iranian nation’s rights”.

Two unnamed diplomats told the Associated Press this week that a compromise is being tabled that allows Iran to keep most of its 10,000 uranium centrifuges in operation, albeit with limitations on output. However, the report appeared to evade the critical issues in the talks.