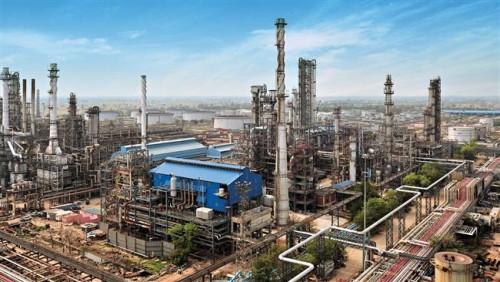 On a quiet news day in Iran, amid the break to celebrate the 1979 Islamic Revolution, the eye-catching story is a propaganda attempt to cover up the economic crisis of falling oil incomes: “Iran’s ‘Oil Products’ Revenues Soar“.

State and semi-official media hail a declaration by an official that Iran earned more than $2.3 billion from sales of oil products between March 2014 and January 2015 “as the country is applying innovative methods to sidestep US-led sanctions”.

However, the projected increase in income from “oil products” is put into perspective by Press TV’s admission that Iran’s oil exports have nosedived…shaving about $100 billion off the government revenues”.

A $300 million rise in oil product revenue is a tiny dent in that $70 billion fall.

However, Press TV tries to remain optimistic: “President Hassan Rouhani has said that his government had reduced Iran’s reliance on oil revenues from an average of 45% over the past two decades to about 31.5% next year.”