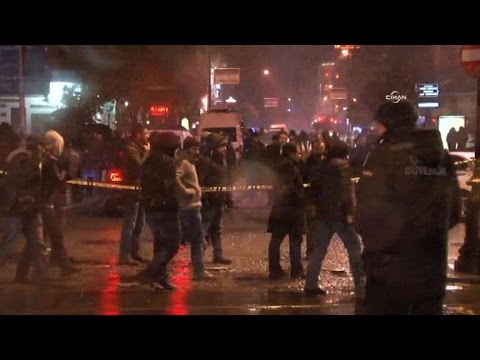 A female suicide bomber from a left-wing group killed a policeman in an attack near a tourist site in central Istanbul on Tuesday.

The bomber, clad in niqab, targeted the building of the tourism police unit near Sultanahmet Square. She tried to enter the building, claiming she had left her wallet inside, but was stopped by guards.

One policeman died in hospital from injuries, while another was wounded.

Officials said the bomber, Elif Sultan Kalsen, was a member of the outlawed Revolutionary People’s Liberation Party/Front (DHKP/C). The group hailed the operation, saying that Kalsen had been tortured in detention and that the bombing was calling the Erdoğan Government to account over corruption and the killing of protester Berkin Elvan in 2013.

Last week another DHKP/C member was detained in front of the Dolmabahçe Palace in Istanbul, after throwing a bomb at police officers that failed to explode.